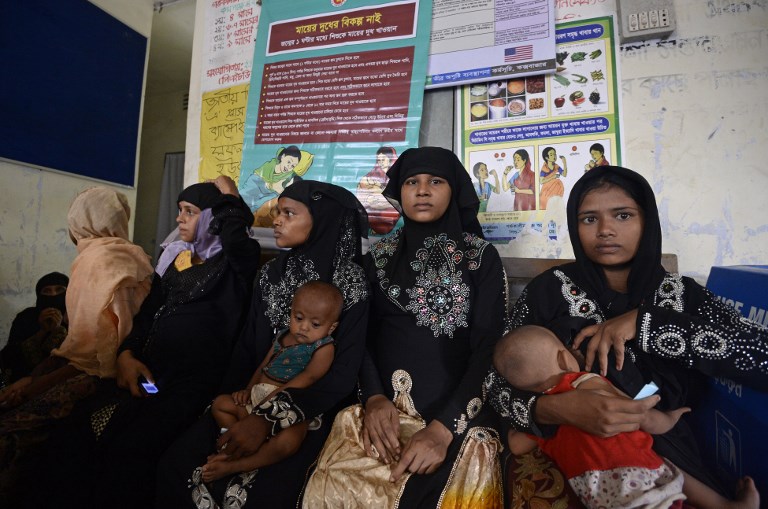 YANGON, Myanmar – Myanmar’s Catholic bishops are “nervous” Pope Francis will mention the Rohingya during his visit next month, a spokesman said Friday, October 27, fearing that it would prompt protests from a Buddhist public that loathes the Muslim minority.

The pontiff’s visit to Buddhist-majority Myanmar, scheduled for November 27, comes after a military campaign that has driven more than 600,000 Rohingya from the country in two months.

Although the operation has drawn international condemnation, with UN accusations of ethnic cleansing, Myanmar’s public has largely supported it.

Hatred against the Rohingya has stewed inside the country for years, with Buddhist hardliners routinely protesting any mention of their name, insisting the group are “Bengalis” from Bangladesh.

Myanmar’s Catholic leaders are concerned the pope, who expressed sympathy for the Rohingyas on Monday, could trigger further upheaval if he specifically refers to their proper name.

There is “nervousness about (his) using the word Rohingya”, said Father Mariano Soe Naing, a spokesman for the Catholic Bishop’s Conference of Myanmar, the country’s main Catholic body.

“Our anxiety is that if he mentions (it), some problems may rise against him,” he said.

“He would be wise enough not to create any difficulties for the host country and also for the Church as well,” the priest said, adding that Catholics have “sympathy” for the Muslim group.

The 1.1 million Rohingya have faced decades of discrimination in Buddhist-majority Myanmar, where they were stripped of their citizenship in 1982, effectively rendering them stateless.

Myanmar’s government also refuses to use the term Rohingya, while the army has branded the group foreign interlopers from Bangladesh, despite their deep roots inside Myanmar.

Myanmar authorities say the military operation is aimed at rooting out Rohingya militants who staged attacks on police posts two months ago.

On Monday the Pope mourned the plight of Rohingya children stuck in overcrowded Bangladeshi refugee camps.

“Two hundred thousand Rohingya children (are) in refugee camps. They have barely enough to eat, though they have a right to food. (They are) malnourished, without medicine,” he said.

The refugee crisis has inflamed longstanding religious tensions in Myanmar, which is also home to a small Catholic population, among other minorities.

The Southeast Asian nation and the Vatican only established full diplomatic relations in May, shortly after Myanmar leader Aung San Suu Kyi met Pope Francis during a European tour. – Rappler.com