Oct 28, 2017 12:05 PM PHT
Agence France-Presse
Facebook Twitter Copy URL
Copied
'Make no mistake – any attack on the United States or our allies will be defeated,' says US Secretary of Defense Jim Mattis 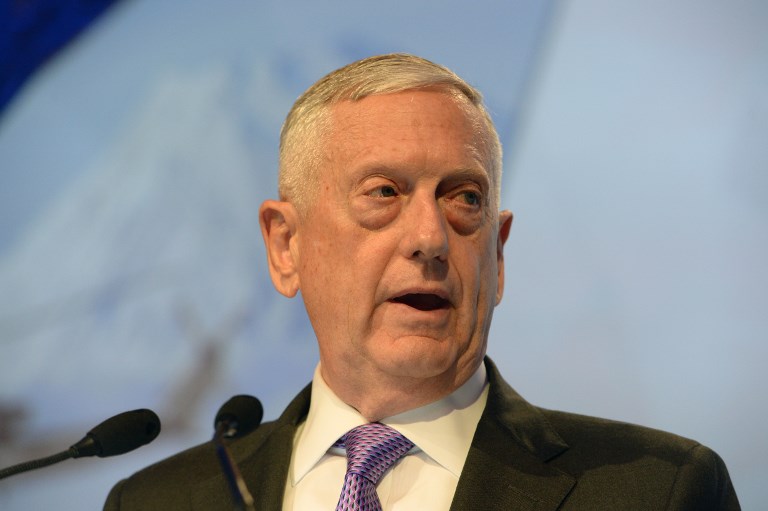 “Make no mistake – any attack on the United States or our allies will be defeated,” he said at a press conference on his trip to Seoul.

“Any use of nuclear weapons by the North will be met with a massive military response, effective and overwhelming.”

Tensions have been running high on the Korean peninsula, with the North conducting its 6th nuclear test last month and test-launching multiple missiles capable of reaching the US mainland.

The North’s ruler Kim Jong-Un and US President Donald Trump have also traded verbal threats of war and personal insults that have sparked global alarm.

Mattis maintained that diplomacy remained a “preferred course of action” to solve the current crisis but stressed, “our diplomats are most effective when backed by credible military force”.

He urged Pyongyang to “harbor no illusion”, saying the isolated state is militarily “overmatched” by the US and South Korea – a key ally of Washington that hosts 28,500 US troops.

Trump’s recent remark that “only one thing will work” with the North fueled concerns of a potential conflict on the divided peninsula where the 1950-53 Korean War had left millions dead.

But even some Trump advisers say US military options are limited when Pyongyang could launch an artillery barrage on the South’s capital Seoul – only about 50 kilometers from the border and home to 10 million people. – Rappler.com