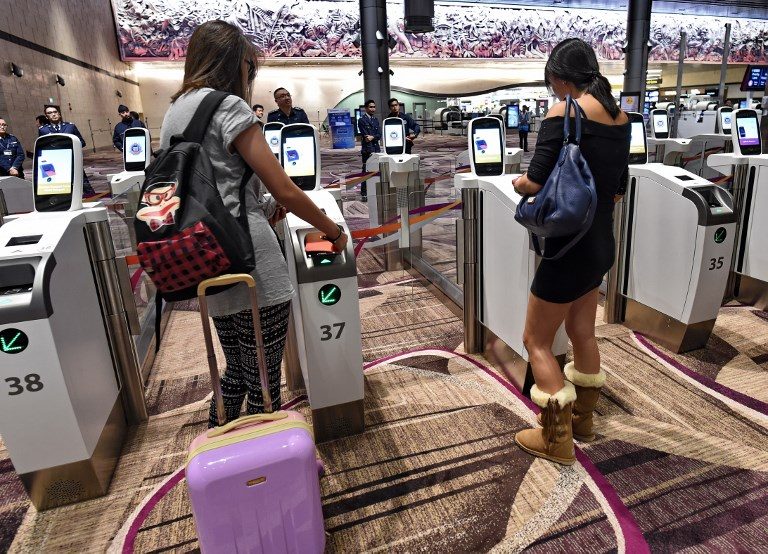 Facebook Twitter Copy URL
Copied
Changi Airport's Terminal 4 is packed with new technology, meaning passengers should in theory be able to check in and board without having to talk to airport staff

Terminal 4, built at a cost of Sg$985 million (US$723 million), will have an annual capacity of 16 million people and is aimed at coping with an expected increase in passenger numbers through one of Asia’s top travel hubs.

It is packed with new technology, meaning passengers should in theory be able to check in and board without having to talk to airport staff.

On its first day of operations, more than 100 passengers arrived in the morning to take the inaugural service out, a Cathay Pacific flight to Hong Kong.

But not everyone managed to get to grips with the self check-in machines, forcing travelers to use counters manned by airport staff instead.

“I think it’ll take a while for people and systems to get used to it,” Loh K Ling, who tried to use two self-service machines before giving up and going to a manned counter, told Agence France-Presse.

At the boarding gate, several travelers also had trouble getting used to the facial scanning technology and were redirected to manned counters.

Changi, often voted the world’s best airport, is among hubs worldwide rolling out new technology as the fight intensifies for long-haul travelers.

Along with hubs such as Hong Kong and Dubai, Singapore is scrambling to attract the growing army of travelers – on trips such as Australia to Europe – who can choose the routing of their journeys.

A growing number of mainland Chinese are also visiting Southeast Asia, and there is competition between Singapore and other local hubs, such as Bangkok and Kuala Lumpur, to attract the new passengers. – Rappler.com