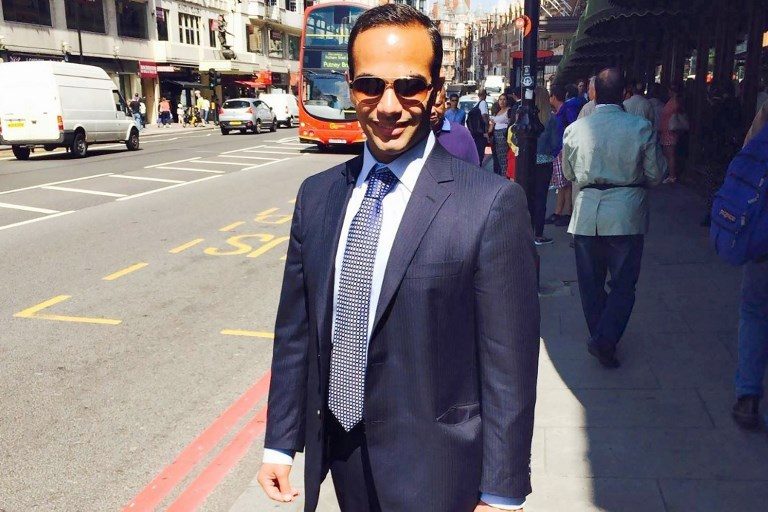 Facebook Twitter Copy URL
Copied
George Papadopoulos, who Trump has previously called an 'excellent guy,' pleads guilty on a charge of lying to the FBI about his Kremlin-related contacts

WASHINGTON, United States – US President Donald Trump took to Twitter on Tuesday to blast the “fake” media and his Democratic rivals, and called a former campaign aide who has pleaded guilty in the Russia probe a “liar.”

The morning attack came a day after special counsel Robert Mueller announced charges against three aides to Trump’s campaign who were indicted as part of a sprawling investigation into Russian efforts to influence the vote.

One of the three, George Papadopoulos, who Trump has previously called an “excellent guy,” pleaded guilty earlier this month on a charge of lying to the FBI about his Kremlin-related contacts.

The other two, former campaign chief Paul Manafort and Rick Gates pleaded not guilty Monday on charges of conspiracy, money laundering and other counts.

In a series of two tweets, Trump wrote:

“The Fake News is working overtime. As Paul Manaforts lawyer said, there was “no collusion” and events mentioned took place long before he… came to the campaign. Few people knew the young, low level volunteer named George, who has already proven to be a liar. Check the DEMS!”

The reference to the Democratic Party comes amid mounting attacks from Trump and his supporters, who among other things claim the Democrats are behind a “fake” dossier containing salacious details about Trump’s alleged Russia ties.

Trump has repeatedly denied any collusion with Russia during his campaign.

In another tweet that landed minutes later, Trump said he hoped people would turn their attention to a tax reform package being fleshed out in Congress.

“I hope people will start to focus on our Massive Tax Cuts for Business (jobs) and the Middle Class (in addition to Democrat corruption)!” he wrote. – Rappler.com