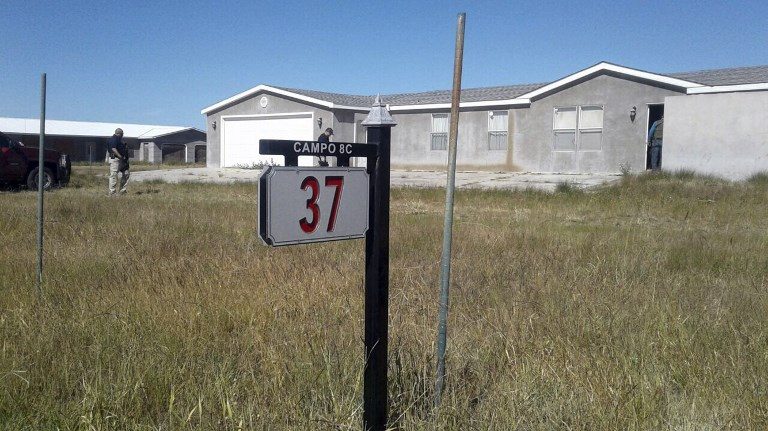 Facebook Twitter Copy URL
Copied
Mexico prosecutors announce the arrest of Orson William Black Jr. along with his 4 wives and 22 other people including an undetermined number of minors

CIUDAD JUÁREZ, Mexico – An American accused of leading a cult and wanted at home on pedophilia charges was arrested in Mexico along with 26 other people as part of a triple homicide investigation, officials said Sunday.

Orson William Black Jr. was arrested in the northern border state of Chihuahua along with his four wives and 22 other people including an undetermined number of minors, state prosecutors said.

Around 100 police officers swooped on the three houses and two ranches where William Black and his followers were living, in a joint operation with the US Federal Bureau of Investigation, prosecutors said in a statement.

The arrests stemmed from an investigation into the September 10 murder of three US citizens in the region, aged 15, 19 and 23.

William Black is a suspect in the three men’s murder, but has not yet been charged in the case.

He and the others arrested are for now accused of entering Mexico illegally and animal cruelty, after police found more than 50 butchered and frozen animals on the properties, including zebras, buffalo and a lion.

“He has been wanted in the United States for 15 years on sex crimes charges and fled to Mexico,” prosecutors said.

William Black faced pedophilia charges in the US state of Arizona. – Rappler.com