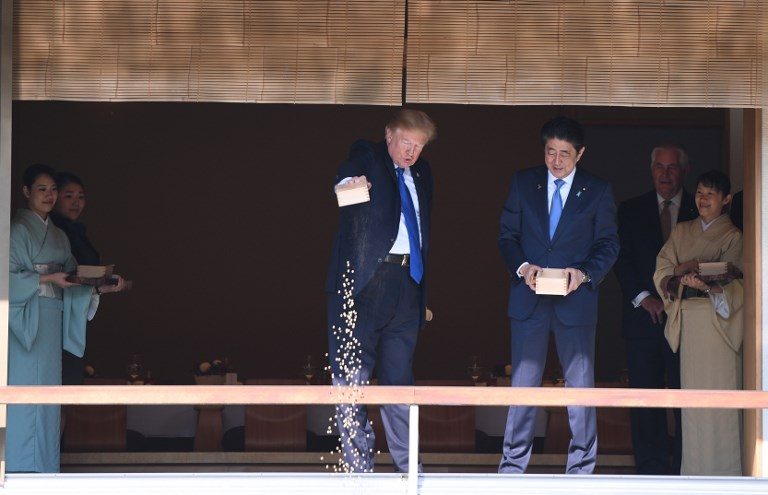 Facebook Twitter Copy URL
Copied
It turns out the US president is merely following his host's lead, as Abe has previously sprinkled out the remains of his box into the pond

TOKYO, Japan – United States President Donald Trump sparked a feeding frenzy on social media Monday, November 6, when he was photographed dumping a box of fish food into a pond of koi carp during his trip to Japan.

Trump and his host, Japanese Prime Minister Shinzo Abe, began by delicately spooning out the food into the pond to the waiting koi, which had been rounded up by a clapping Japanese aide.

The US leader apparently lost patience with this method and upended his entire wooden box into the pond.

However, it turned out that Trump was merely following his host’s lead, as Abe had previously sprinkled out the remains of his box into the pond.

The incident caused outrage among fish lovers on Twitter, with many pointing out that fish cannot absorb a large amount of food at a time.

US Secretary of State Rex Tillerson, standing just behind Trump, appeared to break out in laughter at his boss’ no-nonsense approach to koi feeding.