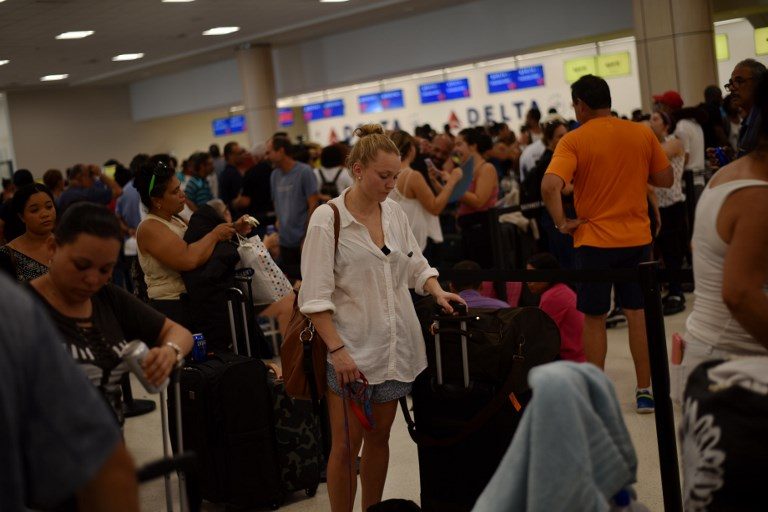 Facebook Twitter Copy URL
Copied
The Center for Puerto Rican Studies at Hunter College in New York estimates in a report released last month that about 114,000 to 213,000 Puerto Rican residents will leave the island annually 'as a result of Hurricane Maria'

MIAMI, USA – Puerto Rico’s population is set to decrease by 14% to 2.9 million inhabitants by 2019 due to an exodus of residents fleeing the devastation caused by Hurricane Maria in September, a study has found.

The Center for Puerto Rican Studies at Hunter College in New York estimated in a report released last month that about 114,000 to 213,000 Puerto Rican residents will leave the island annually “as a result of Hurricane Maria.”

“In the decade prior to Hurricane Maria, net migration from Puerto Rico to the United States amounted to approximately half a million, which represented a loss of ten percent of the island’s population,” said report authors Edwin Melendez and Jennifer Hinojosa.

“In other words, Puerto Rico will lose the same population in a span of a couple of years after Hurricane Maria as the island lost during a prior decade of economic stagnation.”

Tens of thousands of Puerto Ricans have fled to the mainland since Maria struck on September 20, devastating the island, just two weeks after Hurricane Irma tore through the Caribbean.

The vast majority went to Florida and New York, which already had around one million Puerto Ricans each. Around 700,000 Puerto Ricans live in New York City.

Overall, there are 5 million Puerto Ricans on the US mainland, compared to 3.4 million on the island.

Melendez and Hinojosa estimate that between 40,000 and 82,000 people will migrate to Florida each year from Puerto Rico.

That figured has already been topped, with a Florida emergency management official telling AFP that more than 134,000 Puerto Ricans have arrived in Florida since October 3 through the international airports of Tampa, Orlando and Miami.

But it’s unclear how many are moving to Florida permanently compared to how many are simply visiting temporarily.

The move is one of the biggest obstacles to recovery for the island, which has been beset by financial hardship.

“The population decrease in Puerto Rico… has multiple economic repercussions for the island,” Jorge Duany, an anthropologist at Florida International University who specializes in Puerto Rican migration, said in an interview.

As of Monday, only 42% of Puerto Rican customers had electricity on the island, which went dark after Maria.

At least 51 people died because of the storm, according to official figures, while the local press speaks of dozens of people who have disappeared.