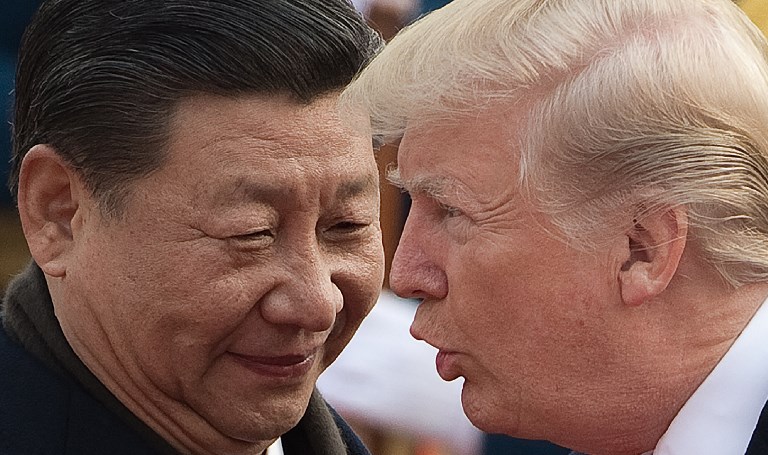 MANILA, Philippines – US President Donald Trump rejected the militarization of the disputed South China Sea as he makes a historic Asian trip, leading to the Association of Southeast Asian Nations (ASEAN) Summit hosted by the Philippines.

In a telephonic press briefing on Friday afternoon, November 10, US Ambassador to China Terry Branstad said that Trump and Chinese President Xi Jinping “had a candid discussion on regional and maritime security.”

“President Trump underscored the critical importance of the peaceful resolution of disputes, unimpeded lawful commerce and respect for international law in both the East and South China Sea, including freedom of navigation and overflight and other lawful uses of the sea,” Branstad said in response to Rappler’s question about the issue.

“He raised concerns about the construction and militarization of outposts in the South China Sea, and that there should be no more of that type of activity,” the US ambassador continued.

Branstad made these remarks as Trump makes a trip to Asia, which includes visits to Japan, South Korea, China, Vietnam, and the Philippines.

In the Philippines, Trump is set to attend the ASEAN Summit and to hold a bilateral meeting with Philippine President Rodrigo Duterte, who is dubbed as the “Trump of the East.”

“It’s the first time, I think, in over a quarter of a century that an American president has taken this long a trip to this region,” the US ambassador said.

“The President is very interested in maintaining a strong American presence in the whole Pacific and Indian Ocean area,” Branstad said.

“This is a big and growing part of the world, and America is very interested in being actively involved,” the US ambassador said. – Rappler.com