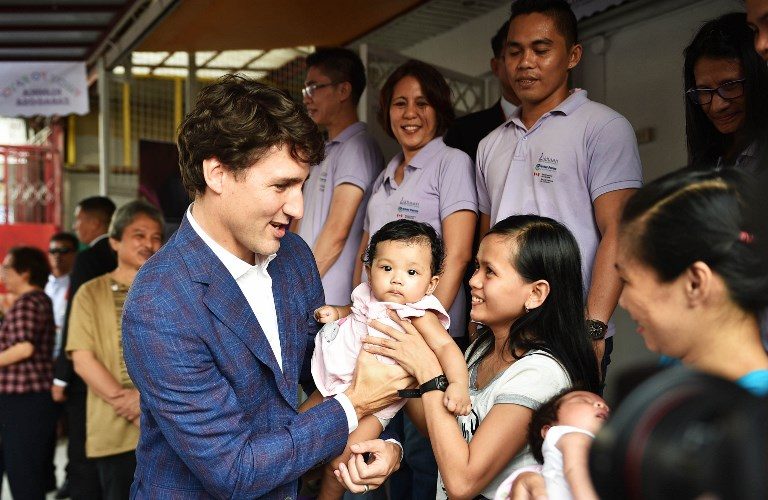 He and his entourage then stopped by Jollibee’s North Harbour branch, leaving with a takeout order of burgers. 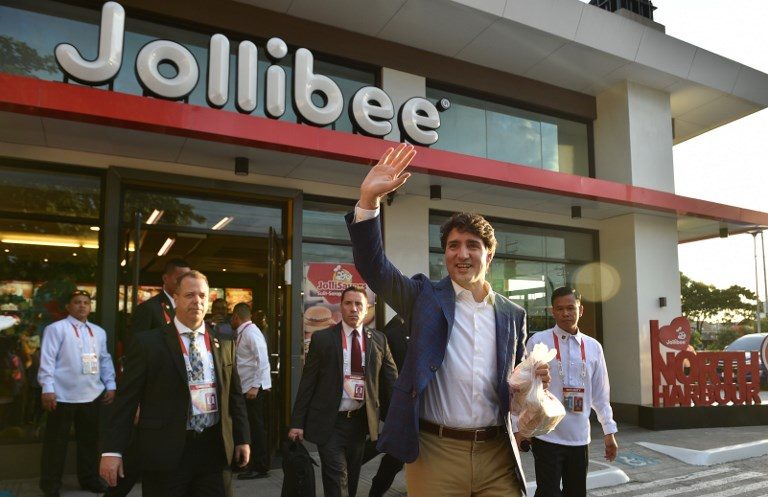 The fastfood chain also posted photos of his visit, as he interacted with Jollibee executives, branch staff, and customers.

SPOTTED: Canadian Prime Minister @JustinTrudeau makes a stop at Jollibee North Harbour Branch, one of his first stops after landing in Manila to attend the ASEAN Summit. #PMTrudeauAtJollibee pic.twitter.com/MzFrxMhuqI

Trudeau is in Manila to attend the 31st ASEAN Summit and Related Summits, along with 19 other world leaders.

He arrived at the Clark International Airport in Pampanga on Sunday afternoon. – Rappler.com