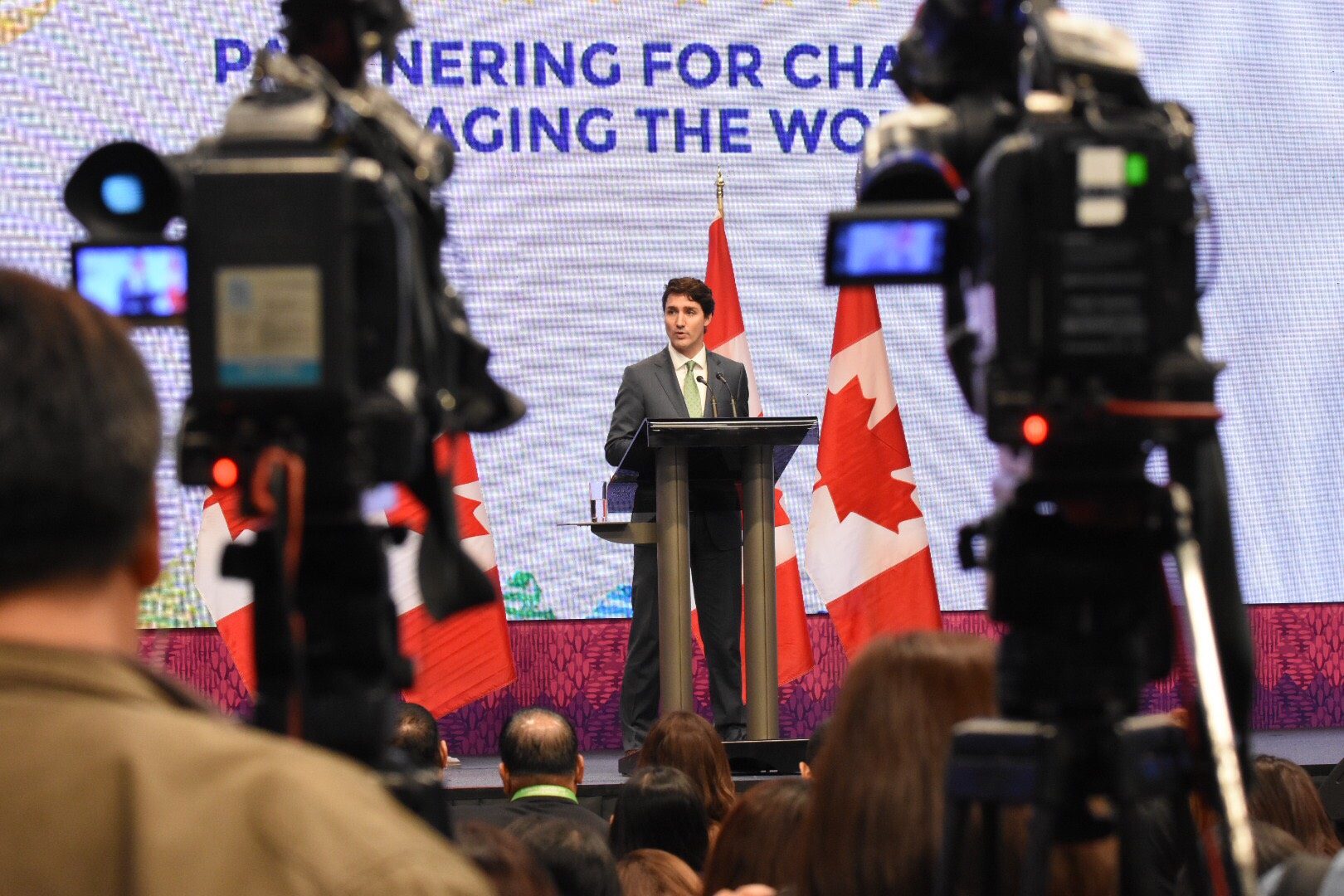 Trudeau revealed this in a press conference at the International Media Center during the 31st Association of Southeast Asian Nations (ASEAN) Summit. (READ: Trudeau says ‘now theoretically possible to get back’ Canada trash in PH)

The Canadian Prime Minster said he talked to Duterte right before the start of the 9th ASEAN-Canada Commemorative Summit, just hours before his press briefing.

“I actually had an opportunity to have a conversation with President Duterte just before our meeting earlier this morning, in which I emphasized, of course, the people-to-people ties between Canada and the Philippines and the great connections there,” said Trudeau.

“But I also mentioned human rights, rule of law, specifically extrajudicial killings, as an issue that Canada is concerned with,” he added.

The issue of extrajudicial killings and human rights violations mar the Duterte administration’s war against drug, which has led to thousands of suspected drug users and pushers dead.

There was pressure on Trudeau to comment on the issue, as he had branded himself worldwide as a human rights champion.

According to the Canadian leader, it is what is “expected” of his country.

“Canada has earned a reputation for being able to have a strong, sometimes frank, sometimes firm discussions on rule of law and human rights with parters around the world. It’s very much what people expect of Canada,” he said.

“We are the first to mention that we are not perfect either – that indigenous peoples in Canada has suffered [from] neglect marginalization, and mistreatment for decades, if not centuries,” said Trudeau.

He added, however, that it is “essential” to talk about the issue of human rights.

Trudeau said Duterte was “receptive” to his comments and their conversation was “very cordial and a positive exchange.” – Rappler.com