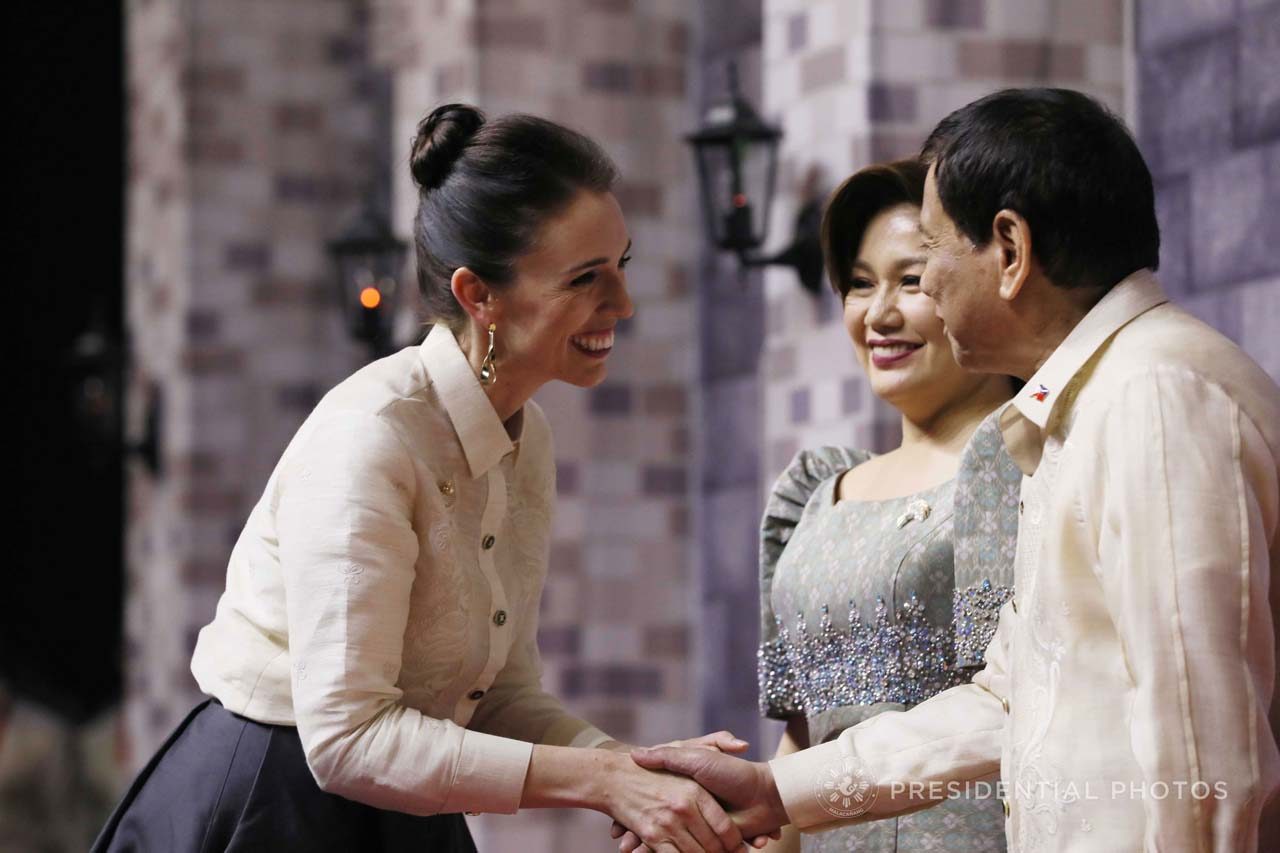 “Our view is that the number of deaths certainly requires investigation and oversight at the very least. There have been attempts from the international community as my understanding [but] those have not been accepted,” Ardern told members of her press pool early Tuesday, November 14, prior to the East Asia Summit (EAS), New Zealand media reported.

The Prime Minister is in Manila for the 31st Association of Southeast Asian Nation (ASEAN) Summit.

Arden said that human rights will be one of the issues she will bring up with Duterte during the EAS on Tuesday afternoon. She is attending the EAS together with ASEAN leaders and officials from India, China, Japan, Republic of Korea, Australia and Russia.

“As we have done in the past we like many countries take a view [on] the policies he has rolled out when it comes to managing the issues of drugs within the Philippines,” said Ardern.

“Certainly it would be the concern of any country – that level of death as a consequence of that policy,” she added.

The drug war has been the most controversial issue hounding the Duterte administration since its launching in July 2016. Figures from the Philippine National Police claim that there are at least 7,000 people killed in the anti-drugs crackdown but human rights advocates say this might be higher.

Duterte has also openly mentioned about killing criminals in the past. He has been notorious for his Davao Death Squad (DDS), which allegedly killed vigilantes in Davao City when he was mayor.

During their first bilateral meeting, Duterte and US President Donald Trump said that human rights are essential while acknowledging that the illegal drug use is a problem for both countries. – Rappler.com