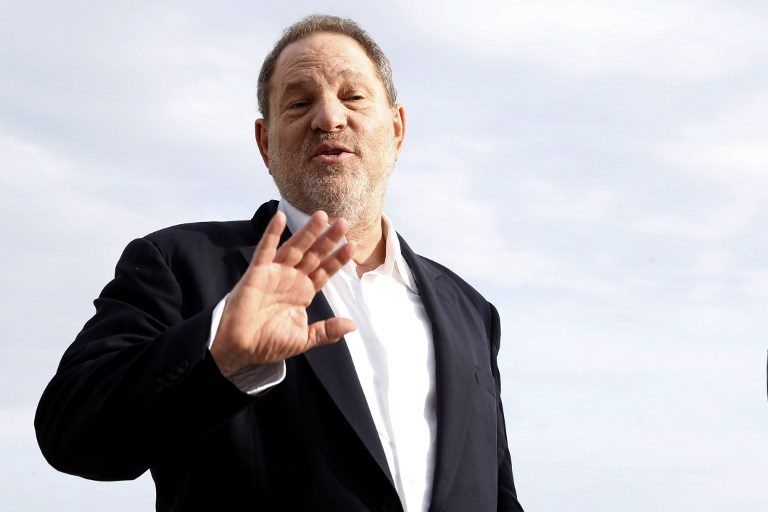 NEW YORK CITY, USA – Harvey Weinstein and the eponymous company he co-founded were targeted Wednesday, December 6, in a new class action lawsuit accusing them of racketeering to cover up a pattern of sexual assault by the disgraced Hollywood mogul.

Six female plaintiffs are seeking certification as a class that could represent “hundreds of other women in the entertainment industry” who suffered sexual assault, false imprisonment, battery, rape and other sexual abuse by Weinstein, according to attorneys from Hagens Berman and The Armenta Law Firm.

The suit says Weinstein’s staff, board members, hired corporate spies and other investigators, attorneys, casting directors and agencies, National Enquirer writers and others allegedly facilitated the abuse through what it calls the “Weinstein Sexual Enterprise.”

Their work to “facilitate and conceal his pattern of unwanted sexual conduct” violates the Racketeer Influenced and Corrupt Organizations Act, the filing alleges.

“Each participant in the Weinstein Sexual Enterprise had a systematic linkage to each other participant through corporate ties, contractual relationships, financial ties, and the continuing coordination of their activities.”

Hagens Berman said the 6 women named in the complaint – Louisette Geiss, Katherine Kendall, Zoe Brock, Sarah Ann Masse (Thomas), Melissa Sagemiller and Nannette Klatt – were “lured” by Weinstein or his staff for meetings or auditions, or to discuss their role in a project.

“Let’s finally do something about it.”

Lawyers said the women were “assaulted, imprisoned in hotel rooms, airplanes and his home, and faced career-ending threats if they refused his unwanted advances and requests.”

For Masse, “Weinstein conducted the interview in his underwear, embraced (her) in a sexual manner and did not give her the job when she did not take him up on his sexual propositions,” the lawsuit says.

The complaint marked the second class action lawsuit Hagens Berman has filed against Weinstein, who so far has been accused by more than 100 women of sexual harassment or assault, including rape. Most of the alleged victims were actresses or aspiring stars.

The filing coincided with Time magazine naming Person of the Year those who broke their silence against Weinstein and other alleged perpetrators of sexual abuse, triggering a moment of deep national reckoning in the United States.

Weinstein’s lawyers Ben Brafman and Blair Berk issued a statement denying any non-consensual relations, saying “Mr Weinstein has never at any time committed an act of sexual assault, and it is wrong and irresponsible to conflate claims of impolitic behavior or consensual sexual contact later regretted, with an untrue claim of criminal conduct.”

“There is a wide canyon between mere allegation and truth, and we are confident that any sober calculation of the facts will prove no legal wrongdoing occurred,” it added.

“Nonetheless, to those offended by Mr. Weinstein’s behavior, he remains deeply apologetic.”

The one-time movie heavyweight is now at the center of criminal investigations in three cities – London, Los Angeles and New York – though no charges have been brought to date. – Rappler.com