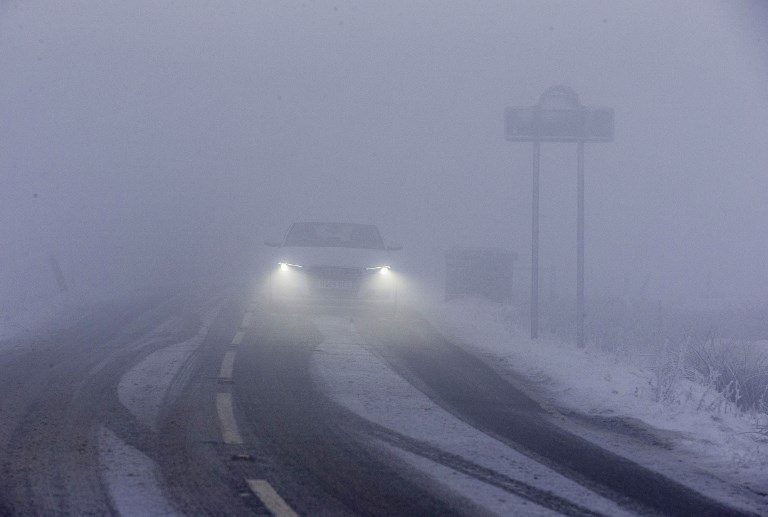 Facebook Twitter Copy URL
Copied
The last time Britain saw this much heavy snow nationwide was in March 2013, and during the winter of 2010

Power was restored to more than 100,000 homes, while airports tried to recover their schedules following the winter’s first major snowfall – the biggest in four years.

The last time Britain saw this much heavy snow nationwide was in March 2013, and during the winter of 2010.

Newspaper front pages were filled with pictures of people either enjoying the snow or stuck in gridlock on the roads.

Some 32 centimeters (12.5 inches) of snow fell in Sennybridge in south Wales on Sunday, December10.

The Western Power Distribution network said it has restored power to more than 99,500 customers, while a further 7,000 were still without electricity, largely in west central England.

Meanwhile disruption continued on the roads and at airports.

“Some flights at Heathrow will be disrupted on Monday due to crew and aircraft being out of position following yesterday’s weather,” it said.

“We’re working with our airline partners to return aircraft to where they need to be, and full service recovery remains the focus.”

Hundreds of schools were closed in western England and north Wales, while much of the kingdom was on a yellow weather warning for snow and ice.

All local authority-run schools in the central city of Birmingham were also shut. – Rappler.com