Dec 16, 2017 9:27 AM PHT
Agence France-Presse
Facebook Twitter Copy URL
Copied
The possible passage would be a 'massive win' for US President Donald who has yet to notch any major legislative victory after nearly a year in office 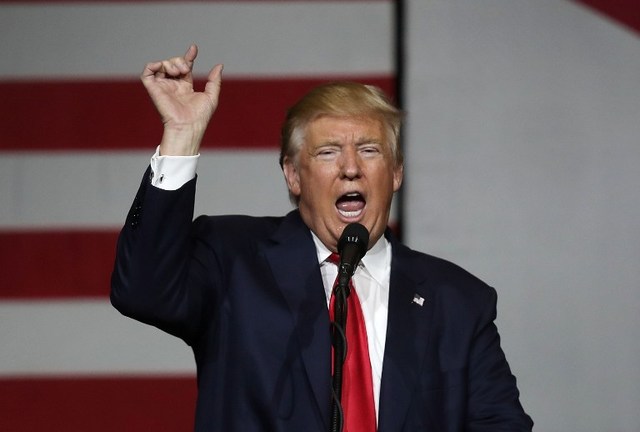 WASHINGTON DC, United States – A major tax cut promised by United States President Donald Trump was on track for final passage next week, after two previous holdouts in his Republican party said Friday, December 15, they would vote yes on the legislation.

Republicans in both houses of the US Congress, where they hold majorities, each adopted their own versions of the controversial tax code overhaul since November and were putting the final touches on a bill combining the two plans.

Senator Marco Rubio of Florida had imperiled the legislation this week when he said he would not vote in favor of the sweeping bill unless some changes were made.

Rubio had been demanding a doubling of the child tax credit to $2,000. His spokeswoman confirmed to Agence France-Presse that Rubio had moved to the “yes” camp after he got an increase in the refundable portion of the credit, which will help lower-income families.

Bob Corker of Tennessee, a fiscal conservative who had been the only Senate Republican to vote against the chamber’s initial tax proposal, also said he would vote for the bill, despite reservations over the likelihood that the reforms would substantially increase the national debt.

“I know every bill we consider is imperfect and the question becomes is our country better off with or without this piece of legislation,” Corker said in a statement.

“I think we are better off with it. I realize this is a bet on our country’s enterprising spirit, and that is a bet I am willing to make.”

Wall Street stocks surged to fresh records following the news that Rubio and Corker were on board with the reform, pushing the long-awaited measure closer to the finish line.

An outline of the compromise text that leaked this week saw the federal corporate tax falling from 35 percent to 21% – a notch up from the 20% in previous versions – and the maximum income tax rate would drop from 39.6% to 37%.

But the final text, which both chambers will likely vote on early next week, has not been released by negotiators amid last-minute haggling.

Republicans hold a 52-48 majority in the Senate, and could have only afforded two defectors, with Vice President Mike Pence casting a deciding vote in case of a deadlock.

No Democrats support the measure.

Each Republican member therefore has considerable power, especially with Senator John McCain hospitalized as he fights an aggressive form of brain cancer.

Trump was optimistic about his party’s chances of passing tax reform, which would be a massive win for the leader who has yet to notch any major legislative victory after nearly a year in office.

“I think we are going to be in a position to pass something as early as next week, which will be monumental,” he said.

Trump has promised Americans that the sweeping reform would pass before Christmas, so that it would take effect from the beginning of 2018. – Rappler.com