Dec 16, 2017 8:52 PM PHT
Agence France-Presse
Facebook Twitter Copy URL
Copied
A senior EU official says sealing a final deal by March 2019 is a daunting task, pointing out that the EU trade deal with Canada 'is 1,598 pages of legal text, and we have negotiated for 9 months and have 19 pages of non-legal text.' 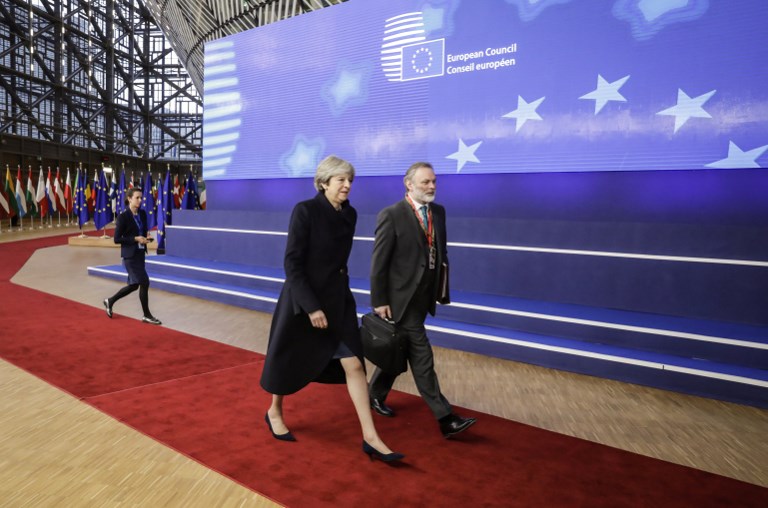 LONDON, United Kingdom – British Prime Minister Theresa May was set to avoid a damaging parliamentary defeat after rebels in her party appeared to strike a compromise over the exact timing of Brexit.

The government is trying to pass major domestic legislation to implement Brexit, and had wanted to enshrine the leaving date of March 29, 2019 in British law, two years after serving its intention to withdraw.

But Conservative rebel MPs, who helped deliver the government a stinging Brexit defeat in parliament on Wednesday, December 13, looked set to reject the plan over fears that Britain could crash out of the EU without a deal if talks overrun, heaping further worries on the vulnerable prime minister.

A senior EU official told AFP on Saturday, December 16, that sealing a final deal by March 2019 was a daunting task, pointing out that the EU trade deal with Canada “is 1,598 pages of legal text, and we have negotiated for nine months and have 19 pages of non-legal text.”

May is therefore under pressure from MPs to avoid a “cliff-edge” divorce that would throw the economy into chaos.

But at the same time she is being pressed by Brexit voters and eurosceptic potential usurpers in her own party to deliver Brexit in March 2019, as stipulated by the EU’s Lisbon Treaty.

As a result, the rebels late Friday backed a new, more conciliatory, amendment to the Brexit bill to avert another House of Commons vote loss for the government.

While the original plan to leave in March 2019 will stay in the bill, a new amendment will give ministers the power to delay the date if talks overrun.

‘Time to move on’

Tory MP Oliver Letwin, who tabled the new amendment, told the Guardian it would “create a sensible arrangement in which the date for leaving is set” while allowing “a little extra time” to reach a new deal, if needed.

Rebel MP Sarah Wollaston backed the compromise, tweeting it was “good to see this amendment”, and attached text saying “we are pleased the government has responded to our concerns and will support”, although May’s office would not confirm that it had officially backed the plan.

Fellow rebel Anna Soubry tweeted it was “time to move on and build a consensus on Brexit.”

The two teamed up on Wednesday to help pass an amendment demanding MPs get a “meaningful vote” on the deal before Britain leaves the EU in March 2019.

It was May’s first defeat over the legislation, which will formally end Britain’s membership of the EU, as well as smooth its exit by transferring thousands of pieces of European legislation onto the UK statute books.

It came as body blow to May on the eve of a summit in Brussels, where EU leaders approved the terms of the interim Brexit deal agreed last week after months of tortuous negotiations.

May lost her parliamentary majority during June’s snap election, and had to strike a deal with Northern Ireland’s DUP to stay in power.

She has since struggled to assert her authority, with rumours swirling of a leadership challenge, but appeared to be on more solid ground after agreeing the interim Brexit deal.

But her domestic weakness was laid bare on Wednesday when it took only 11 rebels to defeat the government’s powers to enact a Brexit deal without a parliamentary vote. – Rappler.com