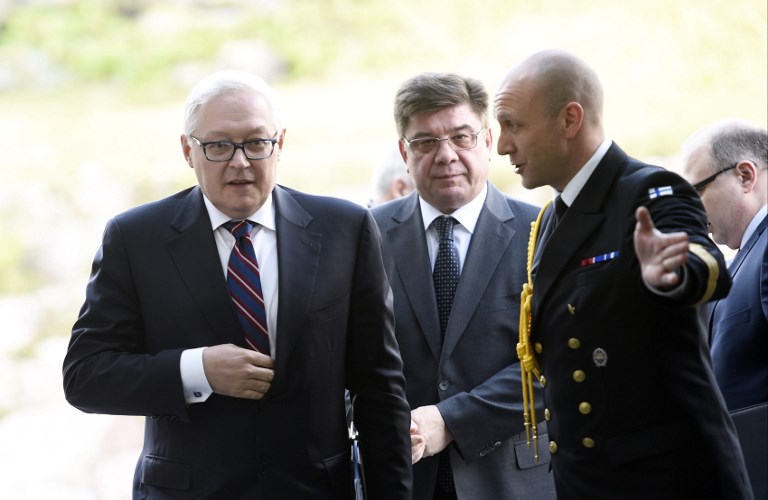 “It’s sad that this powerful element of demands for further pressure on Pyongyang has once again appeared in the American position,” Ryabkov told RIA Novosti news agency.

“It’s high time to stop this race of threats, pressure, blackmail and presentation of preconditions and shift to a real search for a political solution,” Ryabkov said.

He said that now both Pyongyang and Washington are now putting forward preconditions for talks and there is a “risk of uncontrolled escalation”.

US Secretary of State Rex Tillerson on Friday at the United Nations Security Council backed away from an earlier offer of unconditional talks to end the stand-off with Pyongyang, apparently under White House pressure.

Trump on Friday complained that “Russia is not helping” to pressure North Korea to halt its nuclear weapons programme.

Ryabkov said that “after the UN Security Council session and speeches by senior representatives of Western countries, we got the impression that the logic of pressure is the dominant one in their approach”.

He warned that the current situation is “extremely dangerous”.

“We wouldn’t like to end up in a situation where despite all the efforts by Russia and North Korea and by our two countries jointly, yet another spiral of confrontation begins.”

Moscow had close ties with its far eastern neighbour during the Soviet era when the countries shared Communist ideology and they still have relatively warm relations.

Both Pyongyang’s chief ally China and Russia argue that sanctions alone will not compel North Korean leader Kim Jong-Un to change course and want to step up diplomatic efforts to achieve a solution.

Ryabkov called for “openness and dialogue from both Pyongyang and Washington, mutual restraint and an aim to work out a starting point for a diplomatic step forward.” – Rappler.com