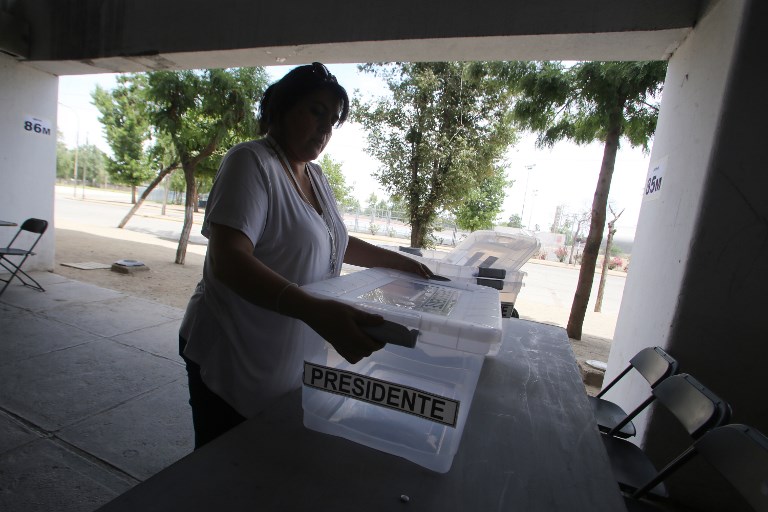 SANTIAGO, Chile – Chileans voted Sunday, December 17, in a presidential run-off election but the outcome of Sebastian Pinera’s comeback bid is far from certain after an unexpected surge from the left.

About 14 million people are eligible to cast ballots at more than 43,000 polling stations which opened at 8 am local time (1100 GMT).

Pinera is a conservative billionaire who previously held the nation’s highest office from 2010-2014.

He is trying to return as the successor to center-left incumbent Michelle Bachelet, who is constitutionally excluded from standing again.

But his plan could be upset by Alejandro Guillier, a senator and former TV presenter who is independent but supported by Bachelet.

In the first round, on November 19, Pinera went in as the runaway favorite – but then garnered a lower-than-expected 37% of the vote to Guillier’s 22%.

Most problematically for Pinera, a surprising 20% of ballots went to anti-austerity radical-left candidate, Beatriz Sanchez, and many could now go Guillier’s way.

“The election will probably come down to a difference of less than 20,000 votes,” said political scientist Marcello Mella at the University of Santiago.

With a possibly tight race before them, both candidates fiercely wooed the electorate.

Pinera, who is worth $2.7 billion according to Forbes magazine, has painted himself as the most experienced steward of the economy.

“I’m not promising heaven and earth, but I promise that Chile will grow robustly,” he said in a debate.

Though copper exports, which contribute greatly to Chile’s wealth, are increasing thanks to demand from China and from the burgeoning manufacture of electric cars, the country is struggling relative to previous years.

Its GDP, a major measure of economic performance, is forecast to expand a modest 1.4% this year, the slowest pace in 8 years.

Pinera, 68, and Guillier, 64, are also promising to expand free university tuition brought in under Bachelet – a measure with historical resonance in Chile because paid tuition was introduced under the 1973-1990 military dictatorship of Augusto Pinochet.

For Pinera, the vow was a U-turn, contradicting an earlier statement he made that “free things mean less commitment.”

Bachelet’s exit will be her second as president. She became the country’s first female head of state in 2006. Pinera took over in 2010. Then Bachelet returned in 2014.

Whoever wins Sunday’s election will take office from March 2018 until 2022. – Rappler.com