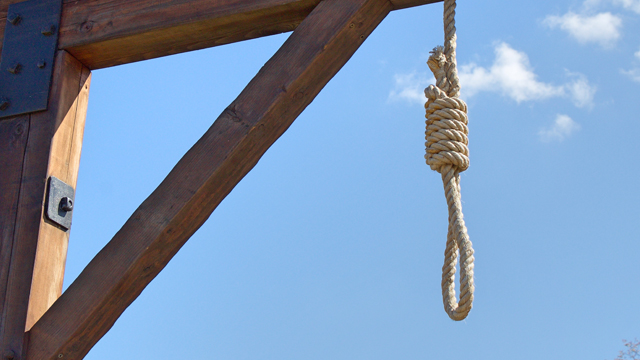 TOKYO, Japan – Japan Tuesday, December 19, executed two convicted murderers, including one who committed his crime while in his teens, the justice ministry said, ignoring calls from international rights groups to end capital punishment.

The hangings of Teruhiko Seki and Kiyoshi Matsui bring to 21 the total number of executions since conservative Prime Minister Shinzo Abe came to power in late 2012.

Seki, 44, was convicted of killing four people in Chiba, southeast of Tokyo, in 1992 when he was 19, the ministry said.

It was the first execution of a death-row prisoner who committed crimes as a minor since 1997 in Japan, local media said.

People are considered adults at the age of 20 in Japan.

Matsui, 69, was sentenced to death for killing his girlfriend and her parents in 1994.

Both were seeking a retrial, local media said. Though not unprecedented, it is rare in Japan to put to death those appealing for a fresh trial. 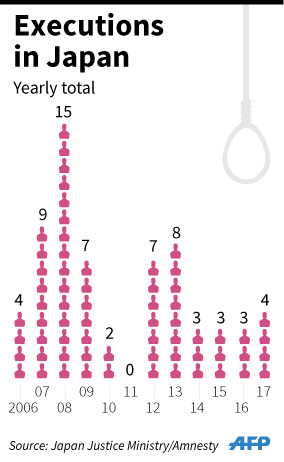 “I ordered the executions after very careful consideration,” she said.

Japan and the United States are the only major developed countries that still carry out capital punishment.

The death penalty has overwhelming public support in Japan despite repeated protests from European governments and human rights groups.

Opponents say Japan’s system is cruel because inmates can be on death row for many years in solitary confinement and are only told of their impending execution a few hours ahead of time. – Rappler.com