Dec 20, 2017 1:51 PM PHT
Agence France-Presse
Facebook Twitter Copy URL
Copied
The House of Commons will hold its 8th and final day of detailed scrutiny of the EU (Withdrawal) Bill, which would formally end Britain's membership of the bloc and transfer EU rules into British law 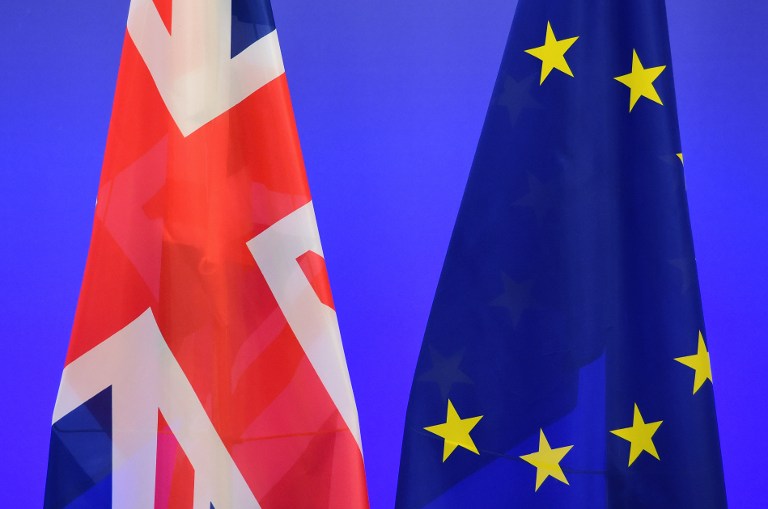 LONDON, United Kingdom – Legislation intended to smooth Britain’s exit from the European Union moves a step closer to becoming law on Wednesday, December 20, as ministers begin working out what they want from Brexit.

The House of Commons will hold its 8th and final day of detailed scrutiny of the EU (Withdrawal) Bill, which would formally end Britain’s membership of the bloc and transfer EU rules into British law.

British Prime Minister Theresa May suffered a humiliating defeat by pro-European members of her own Conservative party last week, when MPs voted to amend the bill to ensure parliament has the final say on any divorce deal with Brussels.

But she looks set to avoid a second rebellion over plans to enshrine Brexit day in law, by offering some flexibility to move the date – March 29, 2019 – if negotiations with the EU go down to the wire.

The bill still has two days of debate by MPs in January, when the rebel amendment could be reviewed, before it goes to the unelected House of Lords for debate.

But the so-called “committee stage” of scrutiny was a test for May’s minority government, which relies on a small Northern Irish party to push through legislation.

But they are still unclear on what Britain wants from the future relationship, including the shape of any trade deal.

Cabinet ministers held their first detailed discussion on the economic partnership at a meeting on Tuesday, December 19, although no negotiating position was finalised, with further talks expected in early January.

May’s spokesman said she called for “a deal which secures the best possible trading terms with the EU, enables the UK to set rules that are right for our situation and facilitates ambitious 3rd-country trade deals”.

He said the cabinet agreed on the goal.

However, ministers are divided over how closely to stick to European regulations after Brexit, with some favoring convergence to secure the best possible trading ties, and others calling for a new approach.

Brussels meanwhile has repeatedly warned Britain that it cannot expect to leave the EU’s single market and customs union, and maintain all its benefits.

The EU’s chief negotiator Michel Barnier said that any deal struck would inevitably result in Britain’s banks and financial companies losing rights to trade across the bloc.

“There is no place” for giving Britain’s financial services full access to the EU market, he told a number of newspapers, including Britain’s The Guardian.

Charles Grant, director of the Center for European Reform, said that as long as Britain’s goals remained vague, competing forces in May’s government could keep together.

“But the real difficulties ahead lie when the British will ask for special system of regulatory alignment – they won’t get it,” he said. – Rappler.com