Dec 20, 2017 7:51 PM PHT
Agence France-Presse
Facebook Twitter Copy URL
Copied
UN Special Rapporteur Yanghee Lee is due to visit Myanmar in January to assess the state of human rights across the country including the plight of the Rohingya minority Muslim community 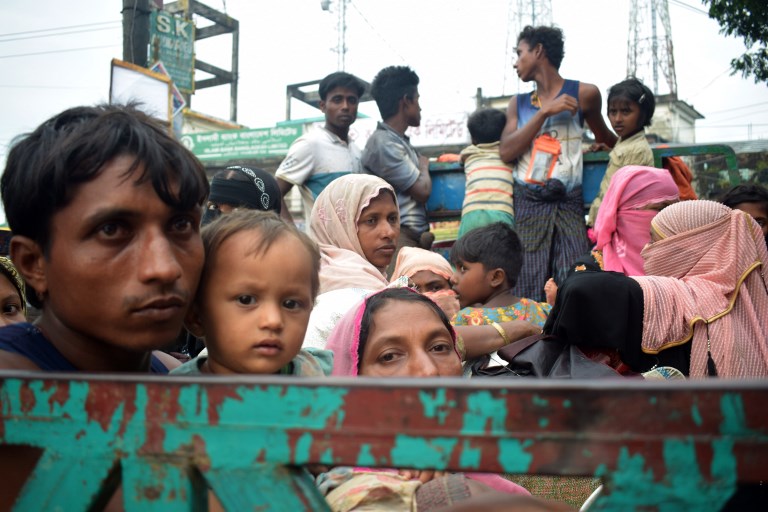 GENEVA, Switzerland – The UN’s rights envoy for Myanmar said Wednesday, December 20, the government had banned her from the country, adding her exclusion suggests something “awful” is happening in Rakhine state.

UN Special Rapporteur Yanghee Lee had been due to visit Myanmar in January to assess the state of human rights across the country including in Rakhine, which was plunged into crisis by a military crackdown on the Rohingya minority Muslim community in late August.

Some 655,000 of them have fled for Bangladesh since then, with accounts of arson, murder and rape at the hands of soldiers and vigilante mobs in the mainly Buddhist country.

The UN has accused troops of ethnic cleansing and possible “elements of genocide” against the Rohingya – charges the government vigorously denies as it faces intense global outrage.

“I am puzzled and disappointed by this decision by the Myanmar government,” said Lee, who is required to go to the country twice a year in order to report to the Human Rights Council and the UN General Assembly.

“This declaration of non-cooperation with my mandate can only be viewed as a strong indication that there must be something terribly awful happening in Rakhine, as well as in the rest of the country,” she added.

The South Korean academic said she was told the decision was based on a statement she made after her last visit to Myanmar in July, in which she sharply criticised the government’s rights record and its treatment of the Rohingya.

At the time the government criticized the statement as “biased and unfair.”

The UN confirmed Myanmar had withdrawn all cooperation for the duration of Lee’s tenure.

Myanmar’s government spokesman Zaw Htay said Lee had been barred because she was not unbiased.

“She is not impartial and objective while conducting her work. There is no trust on her,” the spokesman said.

Lee, who has visited Myanmar six times since 2014, has consistently sounded the alarm over the persecution of the Rohingya.

But Amnesty International described the ban as “outrageous”.

“It is a further indication that authorities will do anything they can to avoid international scrutiny of their human rights record,” said James Gomez, the rights group’s director for Southeast Asia and the Pacific.

“The Myanmar military claim they have done nothing wrong during the past months. If so, the authorities should have nothing to hide -– why are they denying access for independent and impartial investigators?” he said in a statement.

The stateless group has been targeted by bouts of violence and systematically stripped of legal rights in recent decades.

But the latest crisis is the worst to rip through Rakhine state in years.

Myanmar has blocked journalists and investigators — including a UN fact-finding team — from independently accessing the conflict zone.

The journalists’ families, lawyers and colleagues have not been told where the two are, and have not been allowed any contact with them.

The pair could face a maximum sentence of 14 years in jail under the colonial-era Official Secrets Act. – Rappler.com