New peace talks on Syria begin in the Kazakh capital 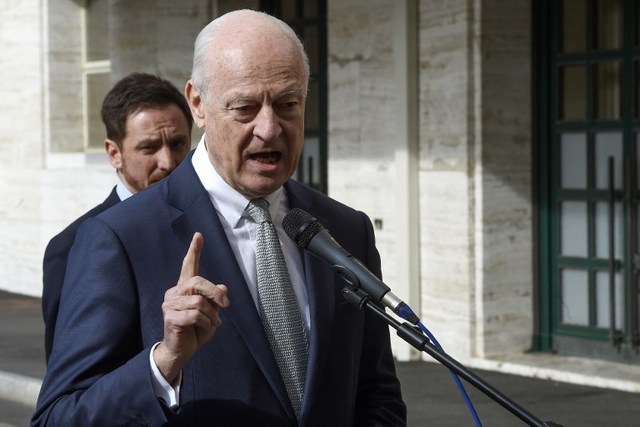 Delegations from Russia, Iran and Turkey along with Syrian regime representatives and a 20-strong opposition delegation had all arrived in Astana for two days of talks, a ministry spokesman said.

The UN’s envoy for Syria, Staffan de Mistura, is expected to attend the second day of talks on Friday, December 22, the ministry said.

The 8th round of talks come after Russian leader Vladimir Putin ordered a partial withdrawal of Russian forces during a surprise visit to the war-torn country last week.

Moscow has spearheaded the talks in Astana since the start of the year as it tries to turn its game-changing military intervention into a negotiated settlement.

The Kremlin also hopes to convene a political congress in the Black Sea resort of Sochi which would bring together regime officials and the opposition to reinvigorate a hobbled peace process.

The Astana talks will also focus on shoring up the buffer zones, as well as issues including humanitarian aid and freeing prisoners, the foreign ministry has said.

A fragile ceasefire brokered at the end of last year by Moscow and rebel-aligned Ankara has been bolstered somewhat by the negotiations in Astana, which began in January and have continued in parallel to fruitless UN-led talks in Geneva.

Recent rounds of talks in Kazakhstan have focussed on implementing a Russia-led plan for four “de-escalation zones” to stem fighting between government and rebels.

A year on from the devastating and strategically crucial regime victory in Aleppo, Damascus has consolidated control over much of the country, wresting territory from extremist factions not party to the truce, particularly the Islamic State group.

Diplomatic contacts between the major parties in the conflict have intensified in recent months, but there is no sign that Damascus and its armed opponents are any closer to a political settlement.

Since the start of Syria’s war in 2011, numerous diplomatic attempts to halt the conflict have stumbled, mainly over the future of President Bashar al-Assad.

The war has left more than 340,000 people dead, according to the Syrian Observatory for Human Rights. – Rappler.com