Dec 21, 2017 8:20 PM PHT
Agence France-Presse
Facebook Twitter Copy URL
Copied
The so-called '2G spectrum scam' came to light in 2010 when a government auditor estimated it cost the treasury as much as $39 billion in lost revenues 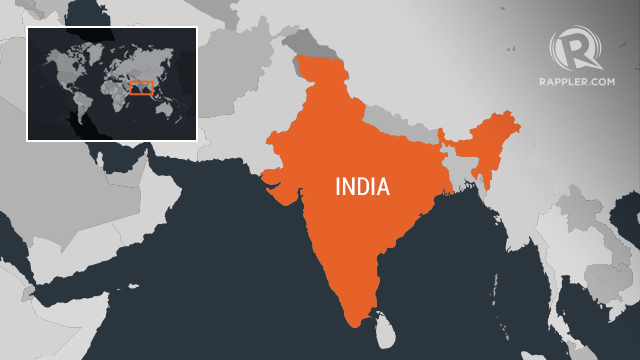 NEW DELHI, India – India’s former telecoms minister was cleared Thursday, December 21, of his alleged role in a multi-billion dollar fraud that ballooned into one of the country’s biggest-ever political scandals.

A special court in New Delhi acquitted A. Raja of corruption and also dropped charges against a slew of other bureaucrats and corporate executives implicated in the 2008 scandal that cost the state billions in lost revenue.

Judge O. P. Saini said India’s federal investigators, who brought the explosive charges against the high-profile defendants, could not prove allegations of criminality.

“I have absolutely no hesitation in holding that (the) prosecution has miserably failed to prove any charge against any accused,” Saini told a packed courtroom.

Raja, who appeared in court alongside the other accused, waved and smiled after the verdict as his supporters let off firecrackers outside.

The Central Bureau of Investigation (CBI), which brought the case, said it would appeal the judgement in the Delhi High Court.

“The court has not appreciated (the) evidence in proper perspective. The CBI will be taking necessary legal remedies in the matter,” spokesman Abhishek Dayal told reporters.

The so-called “2G spectrum scam” came to light in 2010 when a government auditor estimated it cost the treasury as much as $39 billion in lost revenues — equal to India’s defence budget.

In 2012, India’s top court cancelled 122 licenses for eight firms amid allegations of bribery and wholesale fraud.

Time Magazine in 2011 included the scam on a list of historic scandals alongside “Watergate”, which brought down US president Richard Nixon in 1974.

Analysts say the fallout weakened the Congress party and contributed to its heavy defeat at the 2014 general elections.

Prime Minister Narendra Modi and his right-wing Bharatiya Janata Party (BJP) won that poll in a landslide, campaigning in part on a pledge to clean up corruption.

Singh, who was not linked to the scandal but was accused of turning a blind eye as prime minister, said the Congress party finally stood vindicated.

“I am glad that the court has announced unambiguously that all this massive propaganda… was being done against the UPA (Congress-led alliance) without any foundation,” he told reporters after the verdict.

Senior Congress politician Shashi Tharoor said it was clear that “innocent people have been wronged”.

“Justice has worked as it is supposed to work in our country,” he said.

But top officials from the ruling BJP called for an appeal.

Finance Minister Arun Jaitley said Congress should not treat the verdict as “a badge of honour”.

“That this was a corrupt, dishonest policy has already been held by the Supreme Court,” he told reporters.

Subramanian Swamy, a senior BJP politician whose legal challenge of the tender process sparked the criminal investigation, was confident the acquittal would be reversed.

“This is not a setback but an aberration… This judgement will definitely be set aside,” he said.

Raja, a politician from southern Tamil Nadu state, resigned as a minister in 2010 but always maintained his innocence.

He was arrested the next year before being released on bail in 2012.

A lawyer by training, Raja argued his own case and questioned witnesses throughout the trial as it dragged on for years through India’s glacial legal system.

The scandal pulled in some of India’s best known companies, with executives from Reliance and Sun TV network also cleared of any wrongdoing on Thursday.

Shares in both companies rallied sharply on the news.

Corruption in public life has become a burning issue in India, with demonstrations attracting tens of thousands in recent years calling for cleaner politics and business.

India ranked 79 out of 176 countries on Transparency International’s global corruption index in 2016, in which first-placed Denmark was deemed to have the cleanest system. – Rappler.com