Turkey dismisses over 2,700 in post-coup purges 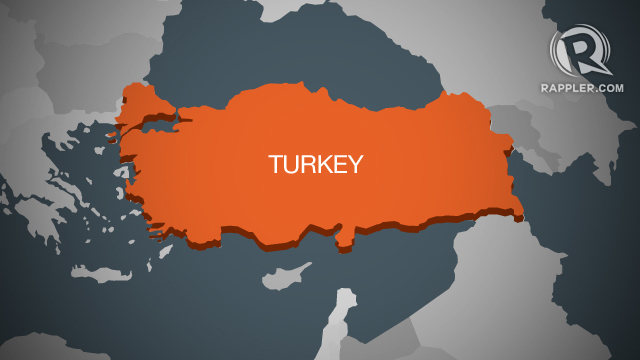 ANKARA, Turkey (UPDATED) – Turkey on Sunday, December 24 ordered the dismissal of over 2,700 people working in public institutions over alleged links to “terror” in the latest round of purges since last year’s failed coup.

In a separate emergency decree, the country’s defense procurement agency was ordered to answer to President Recep Tayyip Erdogan instead of the defense ministry, in a move widely viewed as a further expansion of his powers.

A total of 2,756 people were removed from different bodies including the interior, foreign and defense ministries, according to the official gazette.

After the July 15, 2016 coup bid, the government introduced a state of emergency, which has since been renewed five times, the latest in October.

Among those dismissed were 637 military personnel and 105 academics.

The emergency decree said those sacked were either members of or had links to “terror” organizations and structures which were acting against national security.

The decree published in the gazette also ordered 17 institutions to be shut down across Turkey including two newspapers and seven associations.

The movement is referred to by the Turkish state as the “Fethullah Terrorist Organisation” (FETO) but Gulen denies any links to terror and the failed putsch.

More than 140,000 people including judges, lawyers and academics have been sacked or suspended since a failed coup in July last year, while some 55,000 people have been arrested over suspected links to US-based Islamic cleric Fethullah Gulen and the coup attempt.

Turkey claims Gulen and his Hizmet (service) movement, which it calls the “Fethullah Terrorist Organisation”, ordered and conducted the attempted coup.

Gulen, who’s lived in self-imposed exile in Pennsylvania since 1999, denies any links to terrorism and the failed putsch.

Erdogan, who has also accused Gulen and his followers of infiltrating state institutions, has said the sackings were necessary to remove what he called the “virus” of Gulen’s influence from state bodies.

Critics accuse the government of using state of emergency legislation to target its opponents, including opposition journalists and pro-Kurdish critics.

The co-leader of the main pro-Kurdish opposition Peoples’ Democratic Party, Selahattin Demirtas, is among those detained on terrorism charges, something he denies.

Uniforms for suspects
The decree on dismissals was published alongside another announcement that men accused of “acting against the constitutional order” would have to wear a single color uniform, either brown or grey, during court hearings.

The uniform will also apply to those accused of attempting to abolish the Turkish government and will come into force next month.

Erdogan previously said that alleged coup-plotters would wear clothing similar to the notorious orange jumpsuits used at the US military prison in Guantanamo Bay.

The move is in response to a man, accused of plotting to assassinate Erdogan, appearing in court in July wearing a white “Hero” T-shirt.

Erdogan on Sunday said the decision about the uniforms was a wish from “victims, those wronged”.

“They won’t be able to appear in court with a tie, in an ostentatious way,” he said.  – Rappler.com