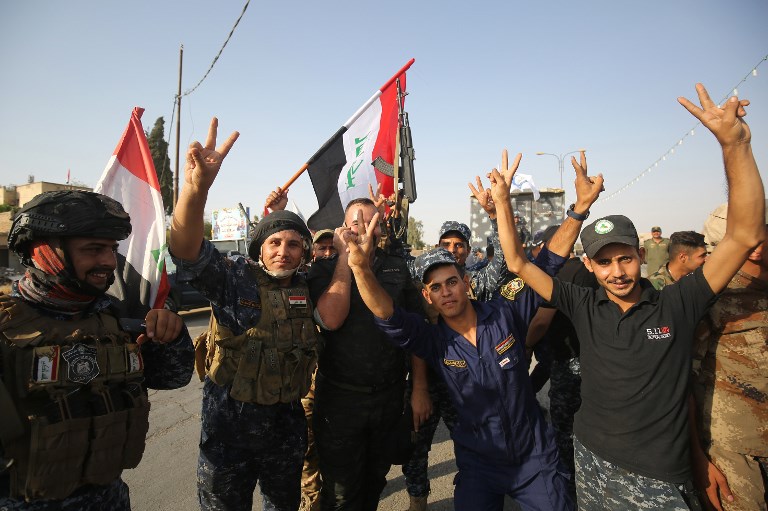 MOSUL, IRAQ – Hymns filled a church in Iraq’s second city Mosul on Sunday, December 24 as worshippers celebrated Christmas for the first time in 4 years after the end of jihadist rule.

Tens of thousands of Christians fled northern Iraqi towns in 2014 as the Islamic State (ISIS) group seized Mosul and swathes of the surrounding Nineveh province.

But Iraqi forces expelled the jihadists from the city this year after months of battle, allowing Christians to return to pray at Saint Paul’s church.

On Sunday morning, the patriarch of Iraq’s Chaldean Catholic Church, Patriarch Louis Raphael Sako, called on dozens to pray for “peace and stability in Mosul, Iraq and the world”.

Muslims, as well as local and military officials, stood with Christian worshippers amid the candles and Christmas trees.

On the church’s walls, white sheets covered up window frames blasted empty in the war.

Armoured vehicles sat outside the church, where the portrait of a Christian killed under ISIS rule was displayed as a reminder of the city’s grim recent history.

Farqad Malko, a Christian woman in the congregation, said celebrating the mass on Christmas Eve was “important to relaunch Christian life” in the city.

She is one of the few to have returned to the area after Iraqi forces defeated IS in the city in July.

She said she was determined “to work and go to church in Mosul”.

The jihadists’ defeat is a massive turnaround for an organization that once ruled over millions of people in a territory as big as Italy encompassing large parts of Syria and nearly a third of Iraq.

This month Prime Minister Haider al-Abadi declared victory in the three-year campaign backed by a US-led coalition to expel ISIS from Iraq. – Rappler.com