Dec 26, 2017 10:37 AM PHT
Agence France-Presse
Facebook Twitter Copy URL
Copied
Israelis see the whole of Jerusalem as their undivided capital while the Palestinians view East Jerusalem as the capital of their future state 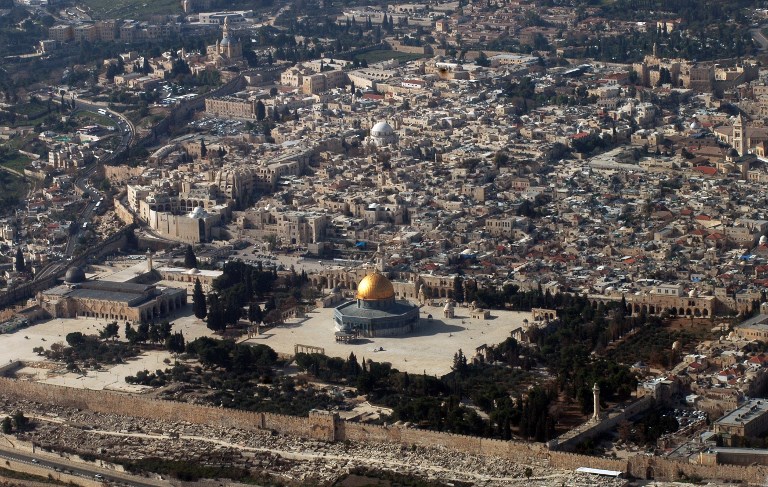 RAMALLAH, Palestinian Territories – The Palestinian foreign ministry on Monday, December 25, slammed as “shameful” Guatemala’s decision to transfer its embassy to Jerusalem after the United States (US) recognized the city as the capital of Israel.

“It’s a shameful and illegal act that goes totally against the wishes of church leaders in Jerusalem” and violates a non-binding UN General Assembly resolution condemning the US move, the ministry said in a statement.

“The state of Palestine considers this as a flagrant act of hostility against the inalienable rights of the Palestinian people and international law,” it said.

“The state of Palestine will act with regional and international partners to oppose this illegal decision.”

Guatemala’s announcement on Sunday came after two-thirds of United Nations member states approved a motion rejecting US President Donald Trump’s controversial decision to recognize Jerusalem as Israel’s capital. (EXPLAINER: What is the world’s position on Jerusalem?)

Guatemala was among only eight countries to join the United States on Thursday in voting against the resolution.

Trump’s announcement on December 6 sparked anger in the Palestinian territories and across the Muslim world.

Israel seized the eastern part of Jerusalem in the 1967 Six Day War and later annexed it in a move not recognized by the international community.

Israelis see the whole of the city as their undivided capital while the Palestinians view the east as the capital of their future state.

No country currently has its embassy in Jerusalem, keeping them instead in the Israeli commercial capital Tel Aviv. – Rappler.com