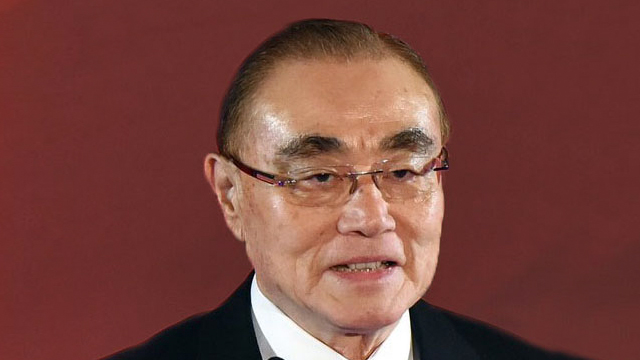 China views Taiwan as part of its territory to be reunified at some point – by military force, if necessary.

The two sides split after a civil war in 1949. Although Taiwan is a self-ruling democracy, it has never formally declared independence.

Beijing has stepped up drills around the island since Taiwanese President Tsai Ing-wen took office last year, as she refuses to acknowledge both sides are part of “one China”.

Local media estimate Chinese warplanes have conducted at least 20 drills around Taiwan this year, compared to just 8 in 2016.

The latest known drill took place last week when several Chinese planes, including jet fighters, passed through the Bashi Channel south of Taiwan to the Pacific and back.

The report highlighted the David versus Goliath mismatch between the two rival’s forces, saying Taiwan’s military needed to adapt to a “multiple deterrence strategy” in the face of the fast-growing Chinese army.

The report estimated Chinese troop numbers at two million compared to around 210,000 in Taiwan’s army.

Instead Taiwan was “seriously reviewing and drawing a plan to develop asymmetric warfare to deter advances by the Chinese military,” he added.

In response to increasing China’s electronic warfare capabilities, Taiwan established its own cyber army command center this year, which currently has around 1,000 people, according to the ministry.

It has also restructured its air force to centralize its anti-aircraft and missile defense command.

China’s air force said then it was the first time its aircraft had flown through the Tsushima Strait between South Korea and Japan.

Earlier this year, China sent its only aircraft carrier, the Liaoning, through the Taiwan Strait during a drill as a show of strength, but it did not enter Taiwanese waters. – Rappler.com