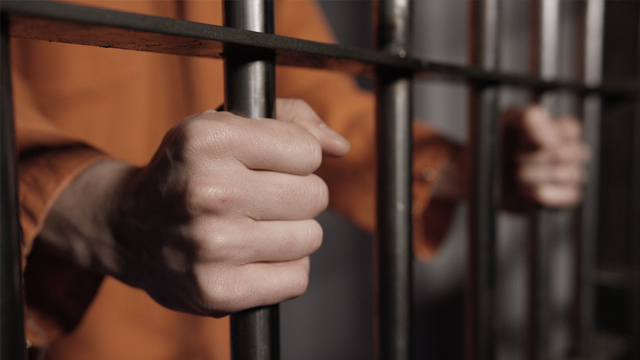 TIANJIN, China – China sentenced an activist known by the online pseudonym “Super Vulgar Butcher” to 8 years in prison Tuesday, December 26, one of the harshest punishments meted out to the group of lawyers and activists swept up in a major crackdown on civil society two years ago.

The punishment handed to Wu Gan, who refused to plead guilty to charges of “subverting state power”, was intended as an unmistakable signal to anyone who would dare to challenge the state’s authority, his lawyer told AFP.

Wu was taken into custody in May 2015, just weeks before authorities unleashed a ruthless campaign that was later dubbed the “709” crackdown. This rounded up over 200 people involved in activities considered sensitive by the ruling Communist Party.

The outspoken social media figure had attracted authorities’ attention with performance art and caustic commentary on Chinese society and politics that he published online.

Explaining its verdict, a court in Tianjin said Wu was “dissatisfied with the current system of governance, and that gradually produced thoughts of subverting state power.”

By “hyping up hot incidents,” Wu “attacked the national system that is the basis for state authority and the constitution,” the court said.

The prominent activist, with his recognizable bald head and glasses, became the subject of the state’s ire for using his larger-than-life online persona to draw public attention to human rights cases.

He called himself “butcher” because he saw himself as taking the fight to authorities, promising to “slaughter the pigs”. He later added “super vulgar” to his handle in response to complaints about his use of crude language to make his case.

His bold approach to seeking justice for those he saw as wronged by the government attracted praise from rights defenders but was unpopular with the authorities, who saw him as a thorn in their side.

His family life became the subject of intense scrutiny by state media in May 2015 in what many activists saw as a sign of a looming crackdown on rights defenders.

He was “a representative figure in leading actions to support other human rights defenders and significant human rights cases outside court,” according to Patrick Poon, a China researcher at Amnesty International.

Wu’s lawyer Yan Xin said the sentence was aimed at setting “an example so other activists will say they are guilty when accused of crimes against the state”.

“It’s clear (Wu) was sentenced so harshly because he refused to plead guilty,” he said.

Several supporters travelled to Tianjin to attend the trial but they were “pursued relentlessly by police” and forced to go home, an activist told AFP on condition of anonymity.

Outside the courthouse, over a dozen police officers prevented an AFP reporter from watching the trial.

‘The question of torture’

The government’s message to dissidents was highlighted by a very different sentence passed down on the same day for another figure who was also caught up in the “709” crackdown – named after the date of the first disappearance on July 9, 2015.

In contrast to the heavy penalty for Wu, a court in Changsha exempted former human rights lawyer Xie Yang from serving a sentence after he pleaded guilty to “inciting subversion of state power”.

He had worked on numerous politically sensitive cases, such as defending mainland supporters of Hong Kong democracy activists.

Xie was released on bail in May after what critics described as a show trial.

The court said Xie had been “long influenced by anti-China forces,” according to the official Xinhua News service.

He had “travelled overseas several times to receive training organized by anti-China forces and seek links with subversive forces, both domestic and overseas,” it said.

Xie had previously claimed that police used “sleep deprivation, long interrogations, beatings, death threats, humiliations” on him, allegations that became the focus of a rare letter by a number of western embassies in Beijing directly criticising the government’s handling of the case.

But on Tuesday he denied he had been tortured, according to a video on the court’s official Weibo social media account.

“On the question of torture, I produced a negative effect on and misled the public, and I again apologize,” he told judges.

The court said he would face no criminal penalties following his full confession.

Another prominent rights lawyer who was arrested during the 2015 crackdown, Wang Quanzhang, has yet to stand trial. – Rappler.com