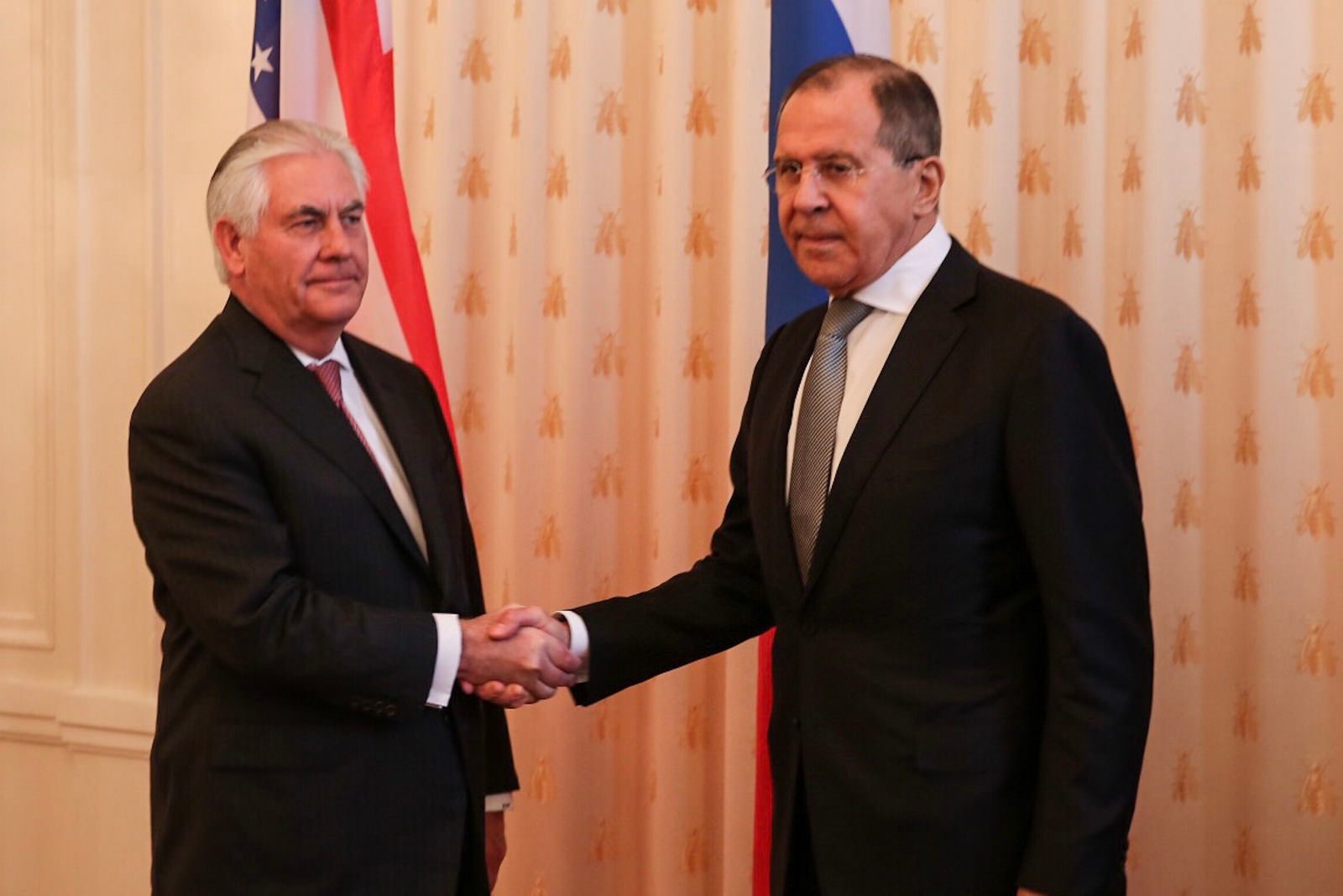 Facebook Twitter Copy URL
Copied
'The sides were united in the opinion that nuclear missile projects in North Korea violate the demands of the UN Security Council,' says the Russian foreign ministry after Russian Foreign Minister Sergei Lavrov and US Secretary of State Rex Tillerson spoke by telephone

“The sides were united in the opinion that nuclear missile projects in North Korea violate the demands of the UN Security Council,” the Russian foreign ministry said after the two men spoke by telephone.

Lavrov “once again highlighted that it is unacceptable to exacerbate tensions around the Korean peninsula with Washington’s aggressive rhetoric toward Pyongyang and increasing military preparations in the region,” it said.

“It was underlined that it is necessary to move from the language of sanctions to the negotiating process as soon as possible,” the statement said, adding that it was Tillerson who initiated the call.

The UN Security Council on Friday slapped new sanctions on North Korea that will restrict oil supplies vital for its missile and nuclear programmes, the latest response to Pyongyang’s ICBM test last month.

US President Donald Trump has threatened to “totally destroy” North Korea if it attacks the United States, while North Korea insists the world must now accept that it is a nuclear power.

Pyongyang has slammed the UN sanctions as an “act of war”.

Moscow has called for talks between North Korea and the United States, warning of a “risk of uncontrolled escalation”. Russia has also criticised Washington’s military drills with South Korea saying it provokes Pyongyang. – Rappler.com