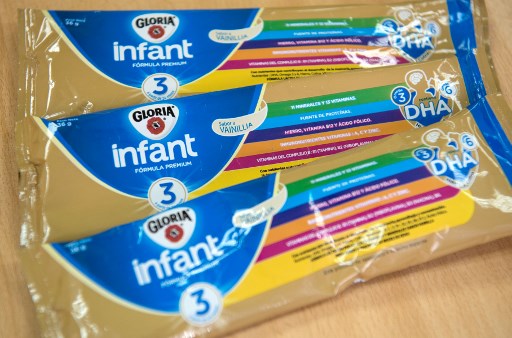 The investigation will focus on possible charges of causing involuntary injuries and endangering the lives of others but also possible cheating and failures in carrying out a product recall, the source said.

Reports of some 20 children falling sick after consuming Lactalis powdered milk – sold under several different brand names in France and abroad, including Picot and Milumel – first emerged in early December.

The company, one of the world’s largest producers of dairy products, ordered a first major recall on December 10 of nearly 7,000 tonnes of packets produced by a contaminated factory in Craon, northwest France.

At the time, it said it did not know how much of the potentially dangerous powder had been consumed or was in shops around the world and it announced a second, wider recall on December 21.

The group has now recalled all of its production from the Craon factory since February 15, blaming the contamination on renovation work carried out earlier this year.

Lactalis could not be reached for comment on Tuesday.

The product withdrawals have affected consumers in countries as far afield as China, Pakistan, Bangladesh, Britain and Sudan, underlining the company’s global reach and the difficulty in tracing all the potentially at-risk powder.

The scare prompted Dutch value-for-money retailer Kruidvat to pull some of its own-brand infant milk off the shelves as a precaution because of the salmonella contamination at the Craon site, which produces one of the Dutch product’s ingredients.

Salmonella symptoms include severe diarrhea, stomach cramps and vomiting. The illness – caused by intestinal bacteria from farm animals – is especially dangerous for the very young and elderly because it can cause severe dehydration.

The baby milk industry was shaken by a huge scare in China in 2008 when local manufacturers were found to be bulking their product with an industrial chemical.

The scare in the vast and growing Chinese market benefited rival companies such as Lactalis and fellow French giant Danone, which were more expensive but were seen by consumers as safe and high quality.

A total of 35 infants have fallen sick with salmonella poisoning in France since August including 16 who were hospitalised, an unusually high number that sparked fears of an epidemic.

Of these, 31 were found to have consumed Lactalis products from its factory in Craon, which was shut down on December 8 for a major cleaning.

The company believes the salmonella outbreak can be traced to an evaporation tower used to dry out the milk at the factory it acquired in 2006.

The plant had suffered salmonella contamination the previous year.

Quentin Guillemain, the father of a 3-month-old baby who drank the milk but did not fall ill, has filed a complaint against Lactalis and the UFC Que Choisir consumer association announced plans to do so.

Guillemain has set up a support group for the families of infants sickened by the milk.

The legal probe was opened by prosecutors in Paris specialised in public health issues. – Rappler.com