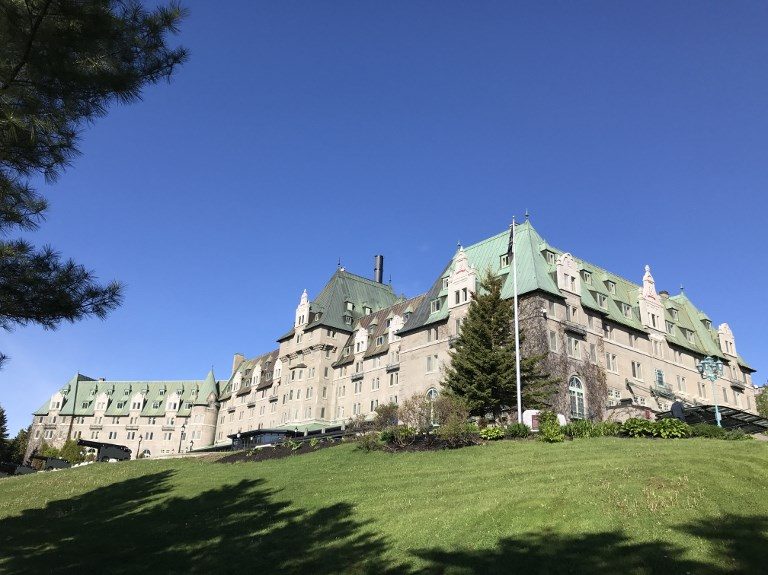 MONTREAL, Canada – Prime Minister Justin Trudeau promises a “progressive agenda” for Canada’s G7 presidency in 2018, but talks may once again hit a snag over climate change after the US withdrawal from the Paris agreement.

For Justin Trudeau, this presidency comes at a time when his government has been struggling with a difficult renegotiation of the North American Free Trade Agreement (NAFTA) with the United States and Mexico, which was demanded by US President Donald Trump amid rising American protectionism.

Gender equality, climate change and economic growth “that works for everyone” are among Ottawa’s top priorities for the meeting of the world’s largest advanced economies – Britain, Canada, France, Germany, Italy, Japan and the United States.

Trudeau said in a statement that he wants the talks to focus on “finding real, concrete solutions” to these issues.

The leaders of the Group of Seven industrialized nations will meet June 8 and 9 at Le Manoir Richelieu in the Charlevoix region of Quebec, a popular tourist destination 150 kilometers (93 miles) northeast of Quebec City.

In this idyllic setting between the sea and the mountains, at the mouth of the Saint Lawrence River, global warming once again promises to be a bone of contention, as it was at the last summit in Italy, according to John Kirton, director of the G7 Research Group at the University of Toronto.

Trump was a climate pariah at the talks in Taormina, announcing days later Washington’s withdrawal from the Paris Agreement on climate change.

In an attempt to avoid fresh tensions, Canada has proposed lumping climate change in to a broader discussion that would also include “oceans and clean energy,” according to the prime minister’s office.

Canada “quite properly” framed this segment of the talks around oceans, Kirton told Agence France-Presse, noting the rise in sea levels and major recent storm damage in the United States and the Caribbean.

“Every big city in the United States, except for Chicago, is on a coast,” making them “vulnerable” to climate impacts, he said.

“The mood (in regards to climate) in the United States is changing at the state level and that will quickly move up into Congress as the (2018) midterm elections approach,” Kirton predicted.

“Trump really likes Trudeau,” added Kirton, suggesting Trudeau has an opening to “find a way to change Trump’s mind” on the Paris Agreement.

Most hope a deal on a new North American Free Trade Agreement will be reached before the G7 summit, which would allow Trudeau to focus the discussion on gender and environmental issues while also seeking to sway Trump on climate.

“The only globalization that Trump has been able to stop is by not doing anything more for the United States,” Kirton said, noting the Canada-EU free trade agreement came into force this year.

“The rest of the world is just going on and doing a lot.”

North Korea, which he called the “second-greatest global extinction threat after climate change,” will also be a hot topic for the leaders.

Canada and the United States will co-host North Korea crisis talks in Vancouver with foreign ministers from 16 countries in January.

Kirton is also “optimistic” that Canada’s push to include gender parity clauses in trade pacts and security arrangements will bear fruit.

“Ivanka Trump sold her dad on that,” he said.– Rappler.com