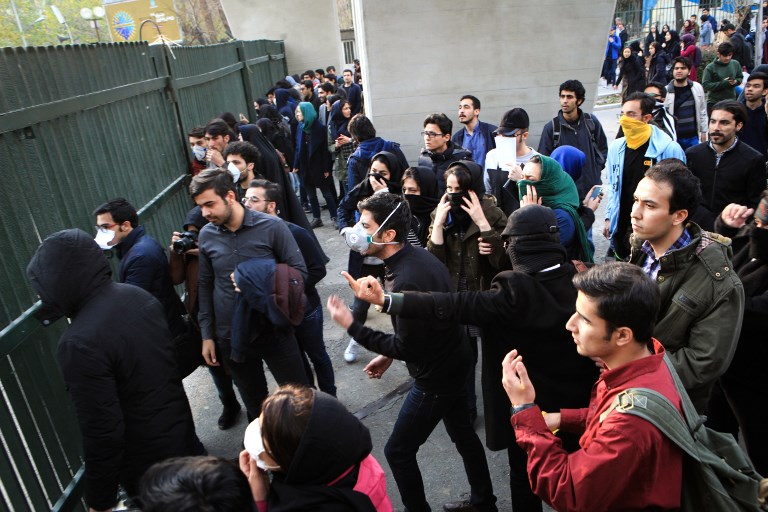 UNITED NATIONS –  At Washington’s request, the UN Security Council will hold an emergency meeting on Friday, January 5, to discuss the wave of protests in Iran.

The United States formally requested the meeting on Thursday but Russia and some of the other council members are not convinced that the top UN body should discuss the unrest in Iran, diplomats said.

The meeting is scheduled for 3:00 pm (2000 GMT), said the mission of Kazakhstan, which holds the council presidency.

Russia has criticized the US push for Iran to be discussed at the Security Council and it remained unclear if other council members would try to block the meeting via a procedural vote.

Diplomats said they expected Russia to request a procedural vote at the start of the meeting to decide whether the situation in Iran should be on the council agenda.

For a new agenda item to be discussed at the Security Council, at least 9 of the 15 council members must support holding the meeting. No vetoes apply.

US Ambassador Nikki Haley said earlier this week that she would be seeking a meeting of the top UN body to show support for demonstrators.

“The people of Iran are crying out for freedom,” Haley said on Tuesday. “All freedom-loving people must stand with their cause.”

A total of 21 people have died and hundreds have been arrested since December 28 as protests over economic woes turned against the regime as a whole, with attacks on government buildings and police stations.

Haley said she would also ask the UN Human Rights Council in Geneva to discuss the violence.

The United States requested an open meeting of the council during which a UN official from the political affairs department will brief on the recent violence. (READ: U.S. targets Iran over deadly unrest)

In Moscow earlier, Russia’s Deputy Foreign Minister Sergei Ryabkov warned the United States against “any attempt to interfere in the internal affairs” of Iran.

Russia maintains that the protests do not pose a threat to international peace and security and should not be taken up by the Security Council.

On Thursday, there were large pro-regime rallies in Iran, with state TV showing huge crowds marching in support of the government across 10 cities.

Over the past days, the United States has lobbied hard to win support for the meeting, especially from the six new non-permanent council members, diplomats said.

Equatorial Guinea, Ivory Coast, Kuwait, Peru, Poland and the Netherlands began their stint at the Security Council on January 1.

The council is not expected to issue a statement on the unrest in Iran, which would have to be agreed by all 15 members, diplomats said.

Iran’s UN Ambassador Gholamali Khoshroo on Wednesday sent a letter to the council accusing the United States of meddling in its internal affairs and urging countries to condemn Washington’s statements.

“The president and vice president of the United States, in their numerous absurd tweets, incited Iranians to engage in disruptive acts,” said Khoshroo in the letter also sent to UN Secretary-General Antonio Guterres.

US President Donald Trump has pledged to help Iranians “take back” their government. – Rappler.com