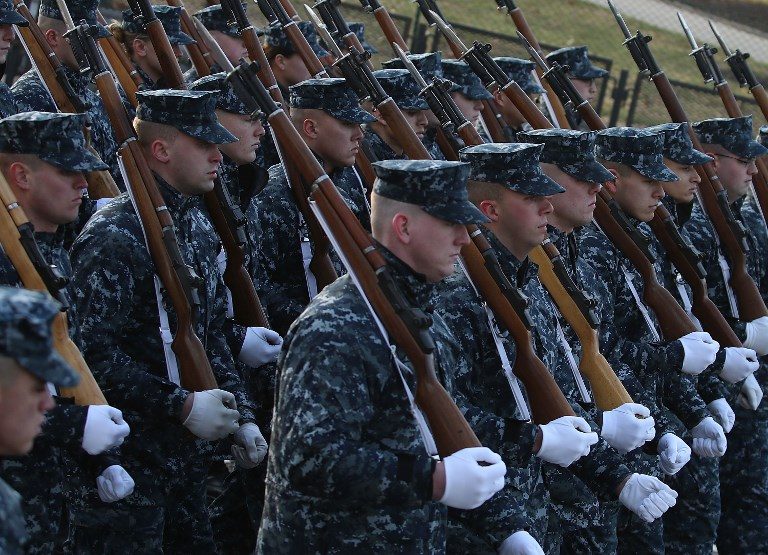 Facebook Twitter Copy URL
Copied
(UPDATED) US President Donald Trump has asked for a military parade to showcase American muscle and underscore his role as commander-in-chief, the White House says

Trump – who has toyed with the idea of a parade in Washington since before being sworn in – has made the request to top officers, who are looking for a date.

“He has asked the Department of Defense to explore a celebration at which all Americans can show their appreciation.”

The Pentagon confirmed it was “in the process of determining specific details.”

When Trump visited Paris in July for Bastille Day, he made no secret of his awe for the pomp and ceremony of the occasion.

Sitting on the Champs-Elysees, he marveled at the Republican Guard on horseback and jets flying overhead, and greeted President Emmanuel Macron, who arrived in an open-topped camouflaged military jeep.

Months earlier, aides confided that Trump had considered a military parade to mark his inauguration, but the idea was eventually scrapped.

Trump has already prompted fears about his respect for democratic freedoms once this week by suggesting Democrats were “un-American” and “treasonous” for not applauding his State of the Union address.

“The president was clearly joking with his comments, but what isn’t a joke is that Democrats refuse to celebrate the accomplishments of last year that have helped all Americans,” Sanders said.

But the quip did not go down well with lawmakers, both Republicans and Democrats.

“I have seen the president’s most ardent defenders use the now-weary argument that the president’s comments were meant as a joke, just sarcasm, only tongue in cheek,” said Republican Senator Jeff Flake.

“But treason is not a punchline, Mr President.”

Military veteran and Democratic Senator Tammy Duckworth also fired back at Trump, while lampooning his deferments from medical military service during the Vietnam War.

“We don’t live in a dictatorship or a monarchy,” she said.

“I swore an oath – in the military and in the Senate – to preserve, protect and defend the Constitution of the United States, not to mindlessly cater to the whims of Cadet Bone Spurs and clap when he demands I clap.” – Rappler.com