Feb 8, 2018 7:22 AM PHT
Agence France-Presse
Facebook Twitter Copy URL
Copied
The meeting comes nearly 3 months after the council adopted a statement demanding that Myanmar rein in its security forces and allow the Rohingya to return to their homes 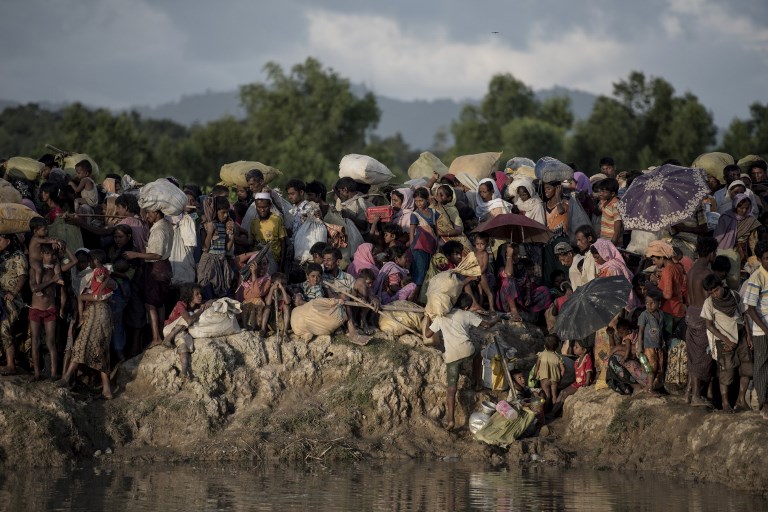 UNITED NATIONS – Britain, France, the United States and 5 other countries asked the UN Security Council on Wednesday, February 7, to discuss the fate of hundreds of thousands of Rohingya refugees driven from Myanmar, diplomats said.

The council will hold a meeting on Tuesday to hear UN High Commissioner for Refugees Filippo Grandi report on the crisis sparked by an army crackdown in Myanmar’s Rakhine state in August.

Sweden, Poland, the Netherlands, Kazakhstan and Equatorial Guinea requested the talks along with the 3 permanent council members.

The meeting comes nearly 3 months after the council adopted a statement demanding that Myanmar rein in its security forces and allow the Rohingya to return to their homes.

More than 750,000 Rohingya have been driven from the mainly Buddhist country to Bangladesh, fleeing soldiers accused of killings, rape and burning down villages.

Bangladesh and Myanmar agreed last month to repatriate the Rohingya over a period of two years, but the United Nations has expressed concerns after the UN refugee agency UNHCR was kept out of the agreement.

The General Assembly in December adopted a resolution asking Secretary-General Antonio Guterres to name a special envoy to Myanmar, but that appointment has yet to be made.

China, a supporter of Myanmar’s former ruling junta, and Russia voted against the resolution. Both hold veto power at the council.

Myanmar’s government also turned down a visit by council envoys to Rakhine state, saying it was “not the right time,” Kuwait’s Ambassador Mansour al-Otaibi said. – Rappler.com