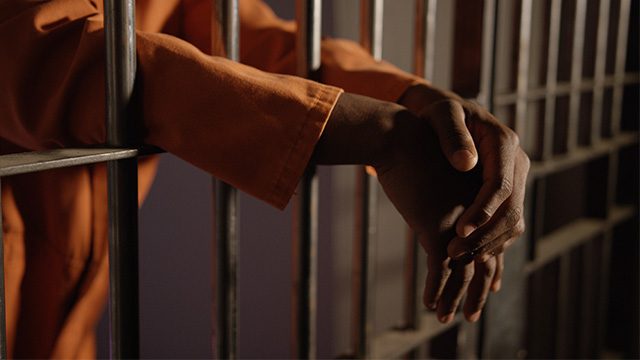 Facebook Twitter Copy URL
Copied
The conviction is the first in relation to the kidnapping, which triggered global outrage and sparked a worldwide campaign for the girls' release

KANO, Nigeria (UPDATED) – A man involved in the 2014 kidnapping of more than 200 schoolgirls from Chibok in northeast Nigeria has been jailed for 15 years, the government confirmed on Tuesday, February 13.

The conviction of Haruna Yahaya, 35, is the first in relation to the mass abduction, which triggered global outrage and sparked a worldwide campaign for the girls’ release.

A total of 276 students were seized from the Government Girls Secondary School in the remote town in Borno state on the evening of April 14, 2014.

Fifty-seven escaped in the hours that followed. Since May 2016, a further 107 have escaped, been found or released after government talks with the jihadists, leaving 112 still in captivity.

Justice ministry spokesman Salihu Isah said Yahaya admitted to being involved when he appeared at a special court trying hundreds of Boko Haram suspects on Monday.

Nigeria began prosecuting people arrested during the insurgency last October, starting with 1,669 suspects held at a military detention facility in Kainji, in the central state of Niger.

“It is true that a member of Boko Haram who took part in the kidnapping of the Chibok schoolgirls was given 15 years jail,” said Isah.

“Haruna Yahaya, who is 35 and handicapped with a paralysed arm and a deformed leg, was arrested in 2015 by the Civilian JTF,” he said, referring to the joint task force militia.

“He confessed to having taken part in the abduction.”

Isah said Yahaya’s defence lawyer “pleaded for leniency” on the grounds that he was “forcibly conscripted into the group and he acted under duress”.

Yahaya was previously a trader in the town of Potiskum, in Yobe state, northeast Nigeria. He claimed he was forced to carry an AK-47 assault rifle during the Chibok abduction.

Boko Haram has used kidnapping as a weapon of war in its quest to establish a hardline Islamic state in northeast Nigeria, seizing thousands of women, young girls and men of fighting age.

“But the court dismissed his plea on the grounds that he had the option not to take part in Boko Haram activities… His sentence starts from the time of conviction,” said Isah.

A total of 468 of the 1,669 Boko Haram suspects held at Kainji were released last year after it was found they had no case to answer.

Forty-five others were sentenced to between two and 15 years in jail; and 28 had their cases transferred.

A further 82 pleaded guilty in exchange for a lesser prison sentence or release taking into account time served in custody.

On Monday, 19 defendants were jailed for between three and five years, said Isah.

Once the cases at Kainji are finished, the courts will move to Giwa barracks in the Borno state capital, Maiduguri, to try 651 others held there.

Nigeria’s government initially banned the media and public from attending the trials, leading to criticism from the UN and human rights groups.

But the second phase of proceedings at the remote military base have now been opened to some civil society groups, including human rights organisations and the media.

Nigeria’s military has been accused of arbitrarily arresting civilians and holding them for years on end without access to lawyers.

Conditions have been described as overcrowded and unsanitary, while detainees have allegedly been tortured, died from illness or disease or were summarily executed.

Nearly nine years of conflict have left at least 20,000 dead and forced 2.6 million others from their homes, triggering a humanitarian crisis across the region. – Rappler.com