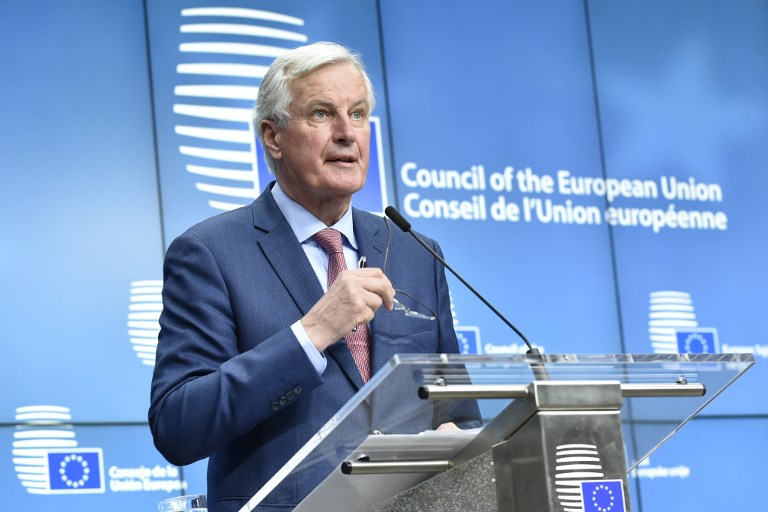 The 120-page document appears set to overlook key demands by British Prime Minister Theresa May on the Irish border, citizens rights and a post-Brexit transition period.

The treaty attempts to set down in stone a withdrawal deal that May and European Commission chief Jean-Claude Juncker sealed in principle after marathon talks in December.

Barnier insisted on Tuesday, February 27, that there were “no surprises” in the draft, which will be adopted by EU commissioners before going to the remaining 27 EU states and then to Britain.

But the former French minister warned that the EU’s draft treaty took a firm line on key issues “on which there has been no progress since December, which is a matter of concern for me.”

Britain voted to leave the EU in a shock referendum in June 2016 and will finally depart on March 29, 2019.

The most sensitive pillar is on Ireland, and all eyes will look to see how the Brussels negotiators draft out a key passage guaranteeing undisturbed ties between Northern Ireland and EU-member Ireland after the divorce.

Barnier confirmed it would include a controversial “backstop” which says that if no better solution is found, Northern Ireland would remain in “full alignment” with the EU’s single market and customs union in order to uphold a 1998 peace agreement in the north.

London opposes the clause, fearing it would effectively draw up a border across the Irish Sea between Northern Ireland and the rest of Britain.

“On the Irish question, the choices are still ahead of us,” a diplomatic source said.

On the transition phase, Barnier said the draft would rule out an “open-ended” transition – a period in which Britain will follow EU law without any say in policymaking, in return for access to the single market.

Instead the EU will insist on a “short” phase strictly limited to the end of 2020.

London and Brussels are also expected to disagree on whether EU expats moving to Britain during the transition should get the same rights as those who came before, and on whether London gets a say in new EU laws.

The draft will finally set out details of the December pact covering the £35 billion-£39 billion (40-45 billion euros, $47-52 billion) financial settlement Britain will pay as it leaves the EU.

The clock is ticking for both sides to finalize the withdrawal agreement and then ratify it in time for Brexit day next year.

The EU and Britain are also negotiating a framework for future relations.

May will give a keynote speech on Friday finally setting out her vision for those post-Brexit ties, while the EU will set out its own red lines at a summit in March.

Pressure on May mounted this week when opposition Labour leader Jeremy Corbyn announced a policy shift in favour of staying in a customs union with the EU.

Barnier on Tuesday said he agreed with EU President Donald Tusk’s view that so far most of London’s demands for trade after Brexit are “pure illusion”.

Tusk meets May in London on Thursday in what he called a “critical week” for Brexit talks. – Rappler.com