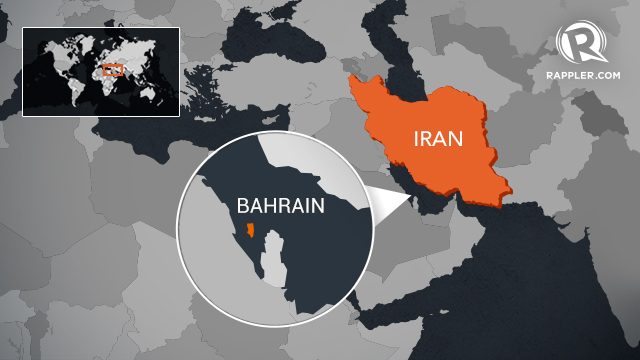 An official statement on state news agency BNA said that security services had in the process thwarted a number of attacks and seized large quantities of arms and explosives.

Authorities in the tiny Gulf state have cracked down hard on dissent since mass street protests in 2011 which demanded an elected prime minister and constitutional monarchy in the Sunni-ruled, Shiite majority kingdom.

Bahrain frequently accuses opposition figures of links to Shiite Iran, which denies supporting any bid to overthrow the government.

The statement charged that the cell planned to target leading security figures and carry out attacks on oil and other vital installations.

It accused those detained of being members of a cell formed by the Iranian Revolutionary Guards and said that as many as 48 of those detained had received military training in Iran, Iraq and Lebanon.

They received training on the use of explosives, light arms, artillery and rocket-propelled grenades, according to the statement.

A key US ally and home to the US Fifth Fleet, Bahrain has drawn harsh criticism from international rights groups over its crackdown on dissent.

Dozens of Bahrainis have been jailed and stripped of citizenship since Arab Spring-inspired protests broke out in 2011.

The kingdom has also deported citizens whose nationalities had been revoked.