Civilian suffering worse than ever in 7-year Syria war – UN 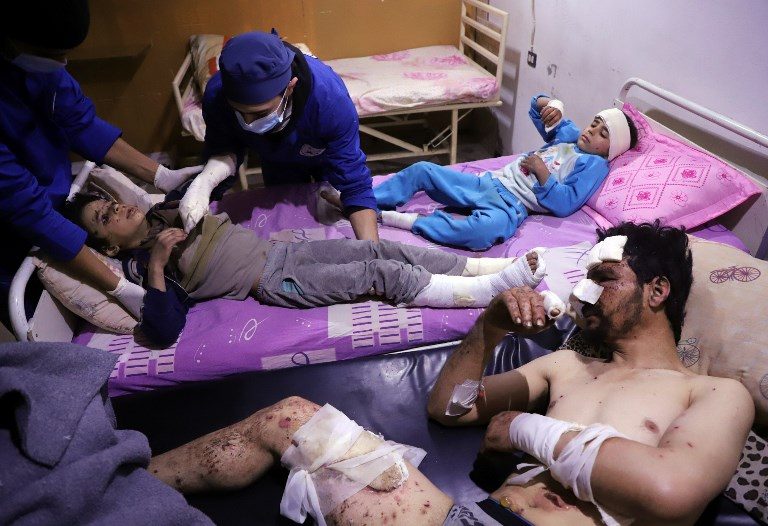 Facebook Twitter Copy URL
Copied
'The conditions faced by civilians inside Syria are worse than ever, with 69% languishing in extreme poverty,' UN High Commissioner for Refugees Filippo Grandi says during a visit to Lebanon

BEIRUT, Lebanon – The living conditions of civilians inside Syria are worse than ever, UN High Commissioner for Refugees Filippo Grandi said Friday, with the conflict set to enter its eighth year.

“The conditions faced by civilians inside Syria are worse than ever, with 69% languishing in extreme poverty,” Grandi said during a visit to Lebanon.

The war in Syria started in March 2011 when protests against the regime of President Bashar al-Assad sparked a brutal crackdown that led to one of the deadliest conflicts of our time.

“This 7-year war has left a colossal human tragedy in its wake. For the sake of the living, it is high time to end this devastating conflict,” Grandi was quoted as saying in a statement.

March 15 is widely accepted as the conflict’s anniversary date.

According to the Syrian Observatory for Human Rights monitoring group, more than 340,000 people have been killed since then in a conflict the UN says caused the worst displacement since World War II.

The collapse of the “caliphate” proclaimed by the Islamic State group (ISIS) over swathes of Syria has not brought the conflict to an end and Grandi said civilians were suffering more than ever.

“The share of families spending more than half of their annual income on food has risen to 90 percent, while food prices are on average eight times higher than pre-crisis levels,” he said.

The regime, with decisive military backing from Russia, is steadily reconquering areas it lost in the earlier stages of the conflict.

But the conditions are far from sufficient for the more than 50 percent of Syria’s 20-million pre-war population who fled their homes to return.

Civilians continue to be displaced and killed as fighting continues on several fronts, including in Eastern Ghouta, a rebel-held enclave outside Damascus which is witnessing one of the darkest episodes of the war.

“There are no clear winners in this senseless pursuit of a military solution. But the losers are plain to see – they are the people of Syria,” Grandi said. – Rappler.com