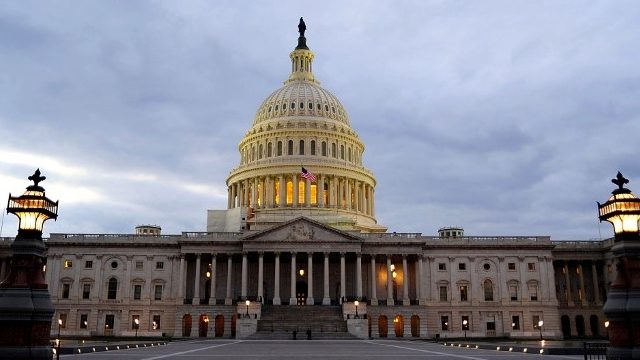 Facebook Twitter Copy URL
Copied
(UPDATED) The panel concurs with the judgment of US spy chiefs from January 2017 on the Russian interference, except with respect to President Vladimir Putin's alleged preference for candidate Donald Trump

Declaring their year-long probe essentially over, they conceded that Moscow did interfere in the election, but rejected the conclusion of US intelligence agencies that it had aimed to help Donald Trump win the election. And they blamed Barack Obama’s government for not stopping the meddling, which Trump has been reluctant to acknowledge ever took place.

“We have found no evidence of collusion, coordination or conspiracy between the Trump campaign and the Russians,” the committee’s majority Republicans said in a summary report on their investigation.

They said they concurred with the judgment of US spy chiefs from January 2017 on the Russian interference, except with respect to President Vladimir Putin’s alleged preference for candidate Trump.

“After more than a year, the committee has finished its Russia investigation and will now work on completing our report,” said panel chair Devin Nunes.

“We hope our findings and recommendations will be useful for improving security and integrity for the 2018 midterm elections.”

The announcement outraged Democrats on the committee, who had continued to fight to interview more witnesses and pursue more of the well-established links that Trump and his advisors have to Russia.

Adam Schiff, the senior Democrat on the panel, said the move stemmed from pressure from the White House, where Trump and close advisors face a separate collusion investigation by the Justice Department’s independent prosecutor Robert Mueller.

He called the investigation under Nunes “fundamentally unserious.”

“We have learned a great deal about countless secret meetings, conversations and communications between Trump campaign officials and the Russians, all of which the Trump Administration initially denied,” he said.

“If the Russians do have leverage over the president of the United States, the majority has simply decided it would rather not know.”

Trump though declared in an all upper-case tweet that the committee “found no evidence of collusion or coordination” between his presidential campaign and Russia, a claim he has made since the first allegations were made in late 2016.

And House Speaker Paul Ryan, who has supported Nunes despite questions about his leadership of the intelligence committee, likewise declared the issue resolved and said the focus has to be on preventing Russian meddling in November’s US congressional elections.

“That’s what this next phase is about and we hope Democrats will join us in seeing this through,” said Ryan spokeswoman AshLee Strong.

The intelligence committee has been deeply riven from the beginning.

Nunes, a close supporter of the president, sought with some success to turn it into an investigation of the Obama administration and the FBI, which he and Trump accused of illegally spying on the Republican’s campaign.

The report summary made no mention of the alleged theft and leaks by Russians of embarrassing documents and communications from the campaign of Trump rival Hillary Clinton in mid-2016, which top US intelligence officials have stated as a fact.

Instead, it flipped that allegation on its head by claiming that anti-Trump research “made its way from Russian sources to the Clinton campaign.”

And it criticized the Obama administration for “a lackluster pre-election response to Russian active measures.”

The end of the House committee’s Russia probe does not leave Trump in the clear, however. For one, the Senate Intelligence Committee is still investigating alleged collusion, and the two parties are cooperating more closely there.

More importantly, Mueller’s investigation is advancing steadily and ominously. He has already indicted several former top Trump aides, as he develops evidence of extensive contacts between the campaign and Russia.

Mueller is also investigating whether Trump has tried to obstruct the investigation, and is said to be discussing with White House lawyers whether the president himself will agree to be interviewed. – Rappler.com