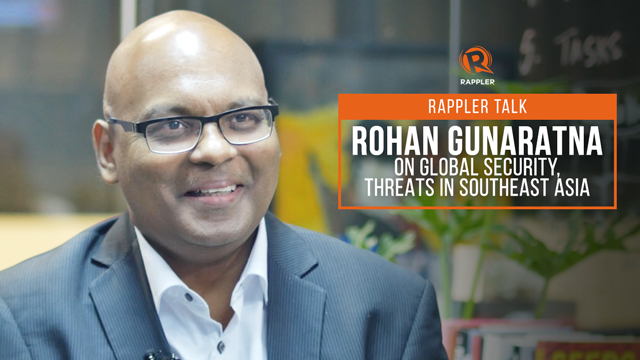 MANILA, Philippines – Rappler talks to terrorism expert Rohan Gunaratna about security in Southeast Asia and the global implications of threats in the region.

Gunaratna chronicled the rise of Al-Qaeda in his 2002 book Inside Al-Qaeda: Global Network of Terror. Shortly after that, he moved to Singapore and helped create the International Centre for Political Violence and Terrorism Research within the S. Rajaratnam School of International Studies at Nanyang Technological University.