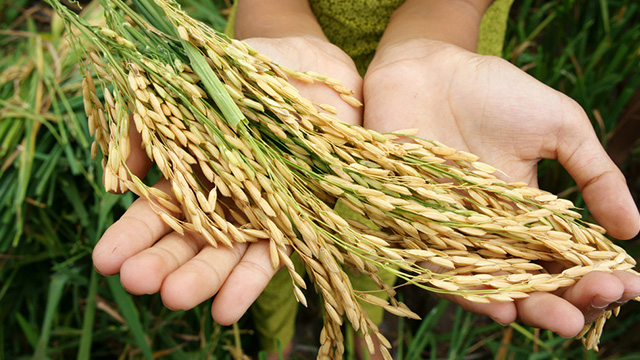 PARIS, France – The food security of around 124 million people worldwide was under acute threat at the end of last year, mostly because of worsening conflicts and drought, the UN and EU said Thursday, March 22.

The worst food crises in 2017 were in northeastern Nigeria, Somalia, Yemen and South Sudan, “where nearly 32 million people were food-insecure and in need of urgent assistance”, the two organisations said in an annual report on food crises.

“Conflicts and climate-related shocks have recently sent levels of world hunger marching back up, following decades of steady decline.”

“No world region has been untouched. Throughout Africa, the Middle East and in parts of South Asia, conflict and insecurity have undermined food security,” the report said.

“Likewise, persistent drought in the Horn of Africa, floods in Asia, and hurricanes in Latin America and the Caribbean have all contributed to the spread and intensification of hunger.”

Looking ahead, the report said that conflict and insecurity were likely to “remain major drivers of food security crises in 2018, affecting Afghanistan, Central African Republic, the Democratic Republic of Congo, north-east Nigeria and the Lake Chad region, South Sudan, Syria and Yemen as well as Libya and the central Sahel (Mali and Niger)”.

Yemen will continue to be the largest food crisis by far, the report said. “The situation is expected to deteriorate, particularly because of restricted access, economic collapse and outbreaks of disease.”

The impact of severe dry weather on crop and livestock production is likely to heighten food insecurity in pastoral areas of Somalia, southeastern Ethiopia and eastern Kenya, and in the Sahel in Senegal, Chad, Niger, Mali, Mauritania and Burkina Faso, the report said.

On a more optimistic note, the report predicted that southern Africa was headed for a better year thanks to bumper cereal production in 2017 and falling food prices.