Pacquiao to launch PAC Token, his own cryptocurrency 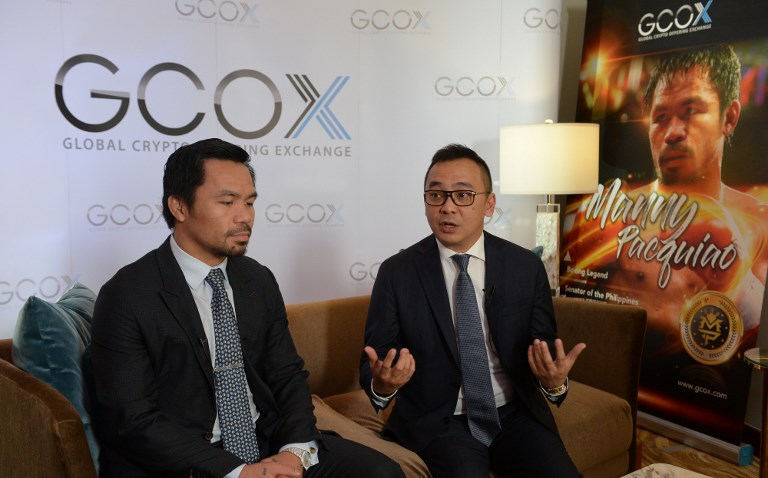 Pacquiao, one of the world’s most successful boxers, is the latest athlete to launch a virtual currency, following Floyd Mayweather and former England striker Michael Owen.

The Singapore-based Global Crypto Offering Exchange (GCOX), in which Pacquiao has invested, said it would unveil the “PAC Token” later this year, which would allow fans to buy the Filipino star’s merchandise and interact with him via live-streaming.

“It can be a way to be in touch with the fan base and (there are) a lot of things we can do with this cryptocurrency,” Pacquiao told AFP.

Forbes magazine last year listed the boxer – once dirt-poor – as the world’s 20th highest-paid athlete of all time, with career earnings of $510 million.

His venture comes as governments across Asia take a more critical look at cryptocurrencies following wild fluctuations in recent months and the high-profile hacking of Japanese crypto exchange Coincheck.

Lawmakers in the Philippines have proposed legislation that would impose stiff penalties for crimes committed using cryptocurrencies.

Pacquiao, who is a member of the Philippine Senate, also backed the regulation of cryptocurrencies.

“It is already regulated in other countries,” he said. – Rappler.com