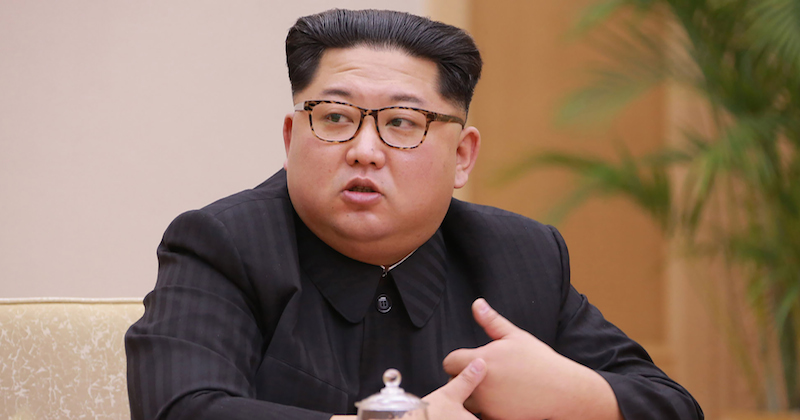 Pyongyang’s declaration, long sought by Washington, will be seen as a crucial step in the fast diplomatic dance on and around the Korean peninsula.

It comes less than a week before the North Korean leader meets South Korean President Moon Jae-in for a summit in the Demilitarized Zone that divides the peninsula, ahead of the eagerly-awaited encounter with Trump himself.

But Kim gave no indication Pyongyang might be willing to give up its nuclear weapons, or the missiles with which it can reach the mainland United States.

The North had successfully developed its arsenal, including miniaturizing warheads to fit them on to missiles, Kim said, and so “no nuclear test and intermediate-range and inter-continental ballistic rocket test-fire are necessary for the DPRK now.”

As such the North’s nuclear testing site was no longer needed, he told the central committee of the ruling Workers’ Party, according to the official KCNA news agency.

The party decided that nuclear blasts and ICBM launches will cease as of Saturday – the North has not carried any out since November – and the atomic test site at Punggye-ri will be dismantled to “transparently guarantee” the end of testing.

Within minutes of the report being issued, Trump tweeted: “This is very good news for North Korea and the World – big progress! Look forward to our Summit.”

North Korea has agreed to suspend all Nuclear Tests and close up a major test site. This is very good news for North Korea and the World – big progress! Look forward to our Summit.

Seoul too welcomed the announcement, calling it “meaningful progress” towards the denuclearization of the Korean peninsula.

But Kim offered no sign he might be willing to give up what he called the North’s “treasured sword”, saying its possession of nuclear weapons was “the firm guarantee by which our descendants can enjoy the most dignified and happiest life in the world.”

Pyongyang has made rapid technological progress in its weapons programs under Kim, which has seen it subjected to increasingly strict sanctions by the UN Security Council, the United States, the European Union, South Korea and others.

Last year, it carried out its sixth nuclear blast, by far its most powerful to date, while Kim and Trump traded threats of war and personal insults as tensions ramped up.

Even when there was an extended pause in testing, US officials said that it could not be interpreted as a halt without an explicit statement from Pyongyang.

South Korean envoys have previously cited Kim as promising no more tests, but Saturday’s news is the first such announcement directly by Pyongyang.

‘Devil in the details’

Analysts cautioned that the declaration was promising but limited.

“Certainly this is a positive development,” said Daniel Pinkston of Troy University. “It’s a necessary but not sufficient step in North Korea returning to its past non-proliferation commitments.”

And Christopher Green of the International Crisis Group added on Twitter: “I don’t see how North Korean statement constitutes a step toward denuclearization. It is a moratorium on testing, but recommits North Korea to nuclear weapons status.”

Japan – which has seen missiles fly over its territory – gave a mixed response, with Prime Minister Shinzo Abe offering a cautious welcome but his defense minister saying North Korea did not mention the short- or medium-range missiles that put Tokyo within reach.

Beijing said it believed the move would “help to promote the process of denuclearization and attempts to find a political settlement” on the peninsula.

The EU also welcomed it while Russia said it was “an important step towards the future easing of tensions” on the peninsula.

The formal declaration of an end to testing comes after Kim reiterated the North’s nuclear status in his New Year speech and said he had a nuclear button on his desk – prompting Trump to tweet that he had a bigger one of his own.

Events have moved rapidly since then, catalysed by the Winter Olympics in the South, and Seoul is now pushing for a peace treaty to formally end the Korean War, raising hopes that a settlement can finally be reached on the peninsula.

But there is a long way to go and Moon himself acknowledged this week that the “devil is in the details”.

The US is seeking the complete, verifiable and irreversible denuclearization of the North, while according to Moon, Pyongyang wants security guarantees, potentially leaving much space for disagreement.

The North has long demanded the withdrawal of US troops from the peninsula and an end to its nuclear umbrella over South Korea, something unthinkable in Washington.

But Kim told the Workers’ Party meeting: “A fresh climate of detente and peace is being created on the Korean peninsula and the region and dramatic changes are being made in the international political landscape.”

For years, the impoverished North has pursued a “byungjin” policy of “simultaneous development” of both the military and the economy.

But the leader said that as it was now a powerful state, “the whole party and country” should concentrate on “socialist economic construction”.

Several factors have driven the Korean rapprochement, including the North feeling that it can now negotiate from a position of strength, concern about the belligerence of the Trump administration, and the looming impact of sanctions. – Rappler.com