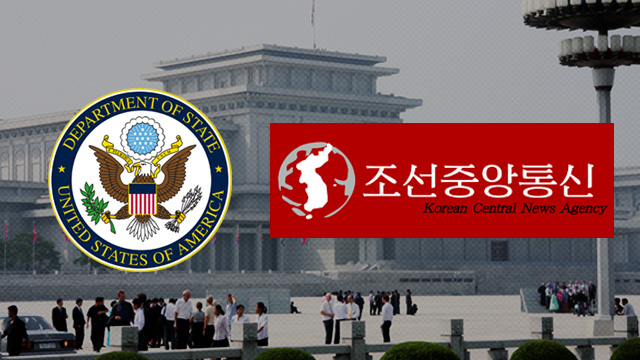 SEOUL, South Korea – North Korea condemned US criticism of its human rights record as “ridiculous” as a diplomatic whirlwind accelerated ahead of leader Kim Jong-Un’s summits with the South and with US President Donald Trump.

In the latest sequence of messaging before the summit on Friday, April 27, between Kim and South Korean President Moon Jae-in in the Demilitarized Zone, Trump demanded the North give up its nuclear weapons – while describing its leader as “very open” and “very honorable”.

Seoul said Moon will brief Trump by phone immediately after Friday’s summit, and promised “close co-ordination” with the US.

The isolated North has been accused of a litany of state-sanctioned rights abuses including extrajudicial killing, torture, brutal crackdowns on dissent and even kidnapping foreign citizens.

The US State Department’s latest rights report on the North, released last week, described “egregious human rights violations” in the authoritarian state from public executions to widespread surveillance of citizens.

In recent weeks Pyongyang has been uncharacteristically reticent in its criticisms of Seoul and Washington, sometimes casting their actions as “chilling the atmosphere for dialogue” as it mounts a charm offensive ahead of the summits.

But it angrily slammed the State Department report for “viciously slandering” the nation, accusing the US of being a “hotbed” of rights abuses itself, beset by “cancer-like” gun violence and “all sorts of injustice, deprivation of rights”.

Washington was appointing itself as a “human rights judge”, the official KCNA news agency said in a commentary late Tuesday, April 24, adding its “true aim” was to “create a pretext for political, military and economic aggression and pressure”.

The remarks came days before only the 3rd-ever inter-Korea summit, in which Moon will focus on persuading Kim to give up his widely-condemned nuclear weapons and easing military tension between the two Koreas.

They could discuss a path towards a peace treaty to formally end the 1950-53 Korean War, which stopped with a ceasefire, and reunions of families left divided by the conflict.

Moon told Japanese Prime Minister Shinzo Abe that he would raise the issue of Japanese citizens kidnapped by the North’s agents to train Pyongyang’s spies – an enduring issue in Tokyo.

“I plan to tell… Kim that resolving the Japanese abduction issue will help establish peace in northeast Asia,” Moon’s office cited him as saying.

The two promised to co-ordinate closely and discussed a possible meeting between Moon and Trump before the US-North Korea summit, it added.

The US president’s praise for Kim Tuesday was in marked contrast to the colorful personal insults he hurled last year, when he dubbed the young leader “Rocket Man” and warned of “fire and fury” against the North.

But he insisted: “I want them to get rid of their nukes.”

Kim has overseen a rapid acceleration in the North’s weapons capabilities, with Pyongyang last year carrying out by far its most powerful nuclear test to date and launching missiles bringing the US mainland within reach.

Pyongyang announced a moratorium on testing at the weekend and said its nuclear proving ground at Punggye-ri would close.

But the respected 38 North website said that tunneling had been observed at the site up to March.

It was still going on at a reduced level earlier this month, “suggesting that either the tunnel was complete and ready for future renewed testing or that the slowdown simply mirrored the ongoing political changes underway”.

Friday’s summit will be held on the southern side of the border truce village of Panmunjeom, with symbolic gestures like food from both Koreas and chairs engraved with a map of the peninsula.

That depiction includes the Seoul-controlled islands of Dokdo, at the heart of decades-long territorial row with Japan, which claims them as its own.

The two Koreas share a common resentment of Tokyo’s brutal, 1910-45 colonial rule of the peninsula, with Pyongyang sometimes threatening attacks on Japan – which is within the range of its missiles.

Some analysts have raises concern that Pyongyang could seek to drive a wedge between Trump and the dovish Moon, who has advocated dialogue with the North and is seeking to broker a deal.

Trump has occasionally slammed the North’s dire rights record, prominently featuring a North Korean refugee in his State of the Union address.

But the US president has rarely raised the issue in the build-up to the summit and Seoul’s foreign minister Kang Kyung-wha said earlier that Pyongyang’s human rights record would not be on the agenda.

US-based Human Rights Watch urged Seoul to “rethink” its decision, saying Tuesday that the summit is a “crucial moment… for the long-suffering people of North Korea”. – Rappler.com