Apr 27, 2018 5:26 PM PHT
Agence France-Presse
Facebook Twitter Copy URL
Copied
'With this ground-breaking operation we have punched a big hole in the capability of IS to spread propaganda online and radicalize young people in Europe,' says Europol head Rob Wainwright 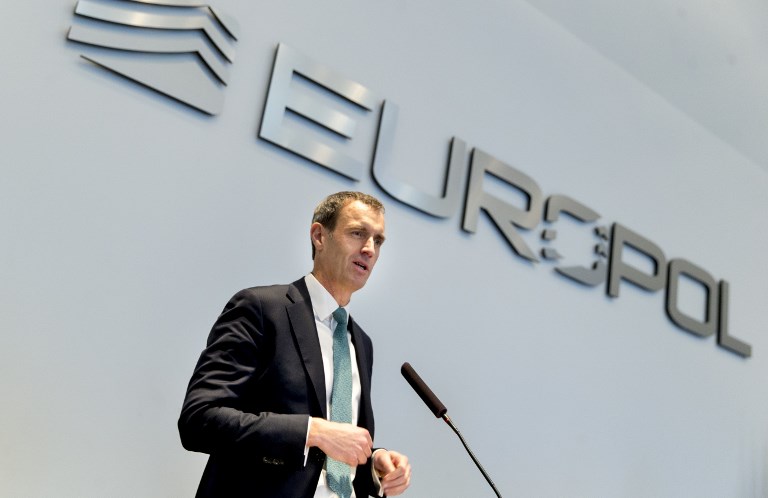 THE HAGUE, Netherlands – EU and US police forces have crippled the main mouthpieces of the Islamic State (IS, formerly known as ISIS or the Islamic State in Syria and Iraq) jihadist group in a coordinated transatlantic takedown across several countries, the European police agency said Friday, April 27.

“With this ground-breaking operation we have punched a big hole in the capability of IS to spread propaganda online and radicalize young people in Europe,” the head of Europol Rob Wainwright said.

The two-day operation on Wednesday, April 25, and Thursday, April 26, was the latest stage of a campaign first launched in 2015, and targeted in particular the Amaq news agency used by ISIS to broadcast claims of attacks and spread its message of jihad.

“With this takedown action, targeting major ISIS-branded media outlets like Amaq, but also al-Bayan radio, Halumu and Nashir news, IS’s capability to broadcast and publicize terrorist material has been compromised,” Europol said in a statement.

The “simultaneous multinational takedown” was coordinated via Europol’s headquarters in The Hague with the support of Eurojust, the EU agency for judicial cooperation in criminal matters.

It was led by the Belgian federal prosecutor, while national police forces seized servers in the Netherlands, Canada and the United States as well as digital material in Bulgaria, France and Romania.

Europol began warning about the rise of Amaq in late 2015, stressing “the technical resilience of the terrorist online infrastructure”.

“Since then law enforcement agencies have, in a continuous joint effort, taken down the web assets of the media outlet,” it said.

ISIS used Amaq in 2016 to claim attacks all over the world and the Middle East, including the deadly assaults in Paris, Brussels, Barcelona and Berlin.

It also used Amaq to claim the March supermarket siege in Trebes, France where a 25-year-old gunman killed 4 people, including a policeman who took the place of a hostage. – Rappler.com