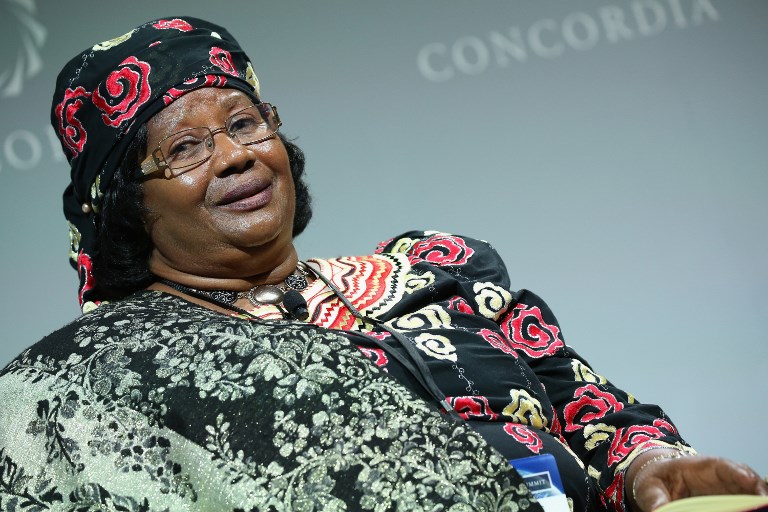 Banda, 68, fled the country in 2014 when she lost power after being embroiled in the so-called Cashgate scandal, in which government officials siphoned off millions of dollars of public money.

Banda – only the second woman to lead a country in Africa – arrived at Blantyre’s airport on a flight from Johannesburg around midday on Saturday, where she was greeted by hundreds of supporters of her People’s Party, said an Agence France-Presse (AFP) journalist at the scene.

“Mother is here, the lights should come back”, the crowd chanted.

No police were present as she left the plane.

Her spokesman Andekunye Chanthunya had earlier said she would head straight to her home at Domasi in Zomba, about 80 kilometers (50 miles) away.

Local media have reported a possible deal between President Peter Mutharika and Banda ahead of next year’s elections.

Banda founded the People’s Party (PP) in 2011 after splitting from the Democratic Progressive Party (DPP), which is led by Mutharika.

Chanthunya told AFP that Banda would also address a political rally on Sunday.

“She remains the head of the PP. The question of whether she wants to contest for the presidency or not will be answered in due course, but we may get an idea of how she is thinking.”

Police spokesman James Kaledzera has declined to say if Banda would be arrested, though he confirmed that a warrant issued last July remained valid.

Earlier this year, the Malawi Anti-Corruption Bureau (ACB) said it had no solid evidence against the former president, partially clearing her name.

The “Cashgate” scandal prompted foreign donors – who provide around 40 percent of Malawi’s budget – to pull the plug on aid worth around $150 million.

Ministers, civil servants and businessmen are accused of pocketing money from government coffers through ghost companies which did not provide any services to the state.

The biggest financial scandal in Malawi’s history helped push Banda out of power in the 2014 election, and Mutharika vowed to clean up the system to bring donors back.

The graft started in 2005, and more than $30 million was looted within only 6 months in 2013 shortly before it was uncovered, according to an independent audit.

Malawi, one of the world’s poorest and aid-dependent countries, will hold presidential, parliamentary and council elections in May 2019.

Banda came to power in 2012 when Bingu wa Mutharika, the current president’s brother, died in office.

She has spent much of her time abroad in the United States and her return has been postponed several times, most recently last year when the arrest warrant was issued.

Political analyst Henry Chingaipe said her influence was uncertain and she could struggle to play a major role in the elections.

“The decision to leave the country for so long eroded trust in her leadership.”

The World Bank resumed aid to Malawi in May last year, providing an $80 million package and saying the country had “taken some very important reform steps”. – Rappler.com