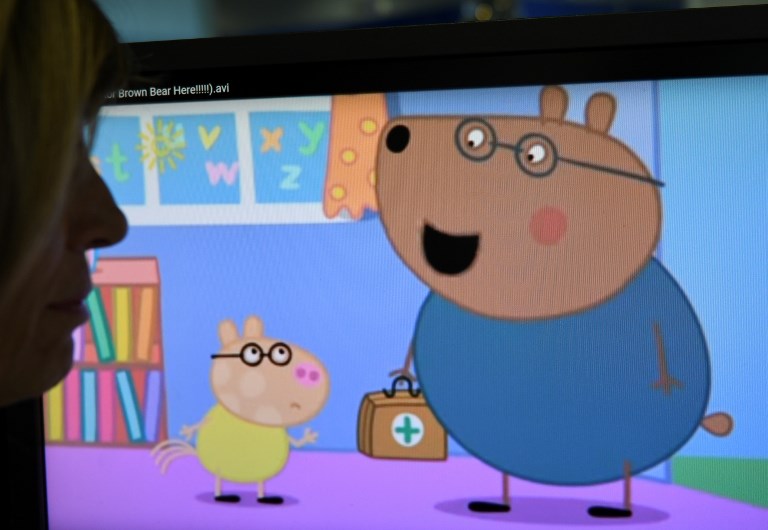 BEIJING, China – A Chinese internet platform has given the British cartoon “Peppa Pig” the chop as state media lamented that the series had become a “subversive” icon for slackers and anti-social young people.

At least 30,000 clips of “Peppa Pig”, whose heroine is a playful bright pink pig, were removed from the popular Douyin video-sharing platform, while the #PeppaPig hashtag was banned from the site, the Global Times reported on Monday, May 1.

The series, introduced in the mid-2000s in China, has become extremely popular through episodes dubbed into Mandarin.

But this fervor intensified at the end of 2017 among a young adult audience. More and more internet users including stars sported temporary “Peppa Pig” tattoos in selfies. Cups, watches and clothes appeared bearing the image of the main character.

The People’s Daily, mouthpiece of the ruling Communist Party, sounded the charge last Thursday – denouncing the harmful effect of the commercialization of Peppa which was encouraged by web celebrities.

“A number of schoolchildren try to differentiate themselves by competing for Peppa Pig watches or accessories” to the benefit of makers of counterfeit goods, it lamented.

The Global Times on Monday referred to this “addiction” among children, which parents complained was encouraging some pre-schoolers “to oink and jump in puddles” after watching the cartoon.

In January, the same newspaper said social media users had been circulating “explicit fake versions” of the cartoon online, with references to paedophiles and sexual organs.

On Monday, the paper said the innocent pig “had become an unexpected cultural icon” for a “subculture” of idle youth, “people who run counter to the mainstream value and are usually poorly educated with no stable job, unruly slackers roaming around, and the antithesis of the young generation the Party tries to cultivate.”

Peppa Pig had taken on a subversive hue and subsequently gone viral, illustrating the social psychology of “hunting for novelty and spoofing, which could potentially hamper positive societal morale”, the Global Times said.

China’s communist rulers have launched a crackdown on content seen as deviating from the central values ​​of socialism or criticizing established social norms. – Rappler.com