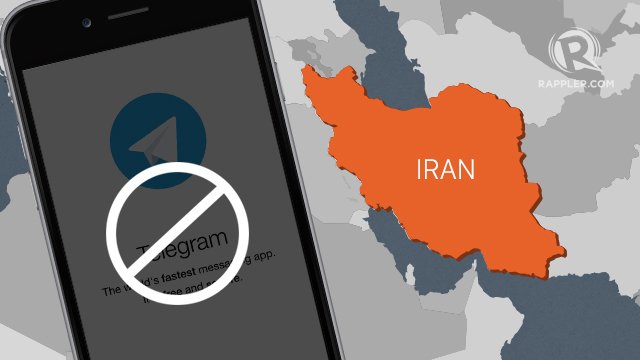 “The Iranian judiciary’s blocking of the messaging application Telegram is an unjustifiable restriction on freedom of expression and access to information,” the US-based rights organization said in a statement.

Human Rights Watch accused Tehran of “stifling access to information to try to make its problems go away” and said such censorship “should never be used to protect leaders from scrutiny”.

The decision was described as “just another stain on Iranian authorities’ already dismal record on freedom of expression” by Human Rights Watch.

Telegram is the Islamic republic’s most popular social network with some 40 million users, around half the population.

The move to ban the app has highlighted differences of opinion between the government of reformist President Hassan Rouhani and ultra-conservatives who control the judiciary and security services.

“These problems could happen in Iran as well,” he said, quoted by the ISNA news agency, after thousands rallied in Moscow on Monday in support of internet freedom.

Despite Telegram being blocked, the app was still easily accessible in Tehran on Wednesday. – Rappler.com