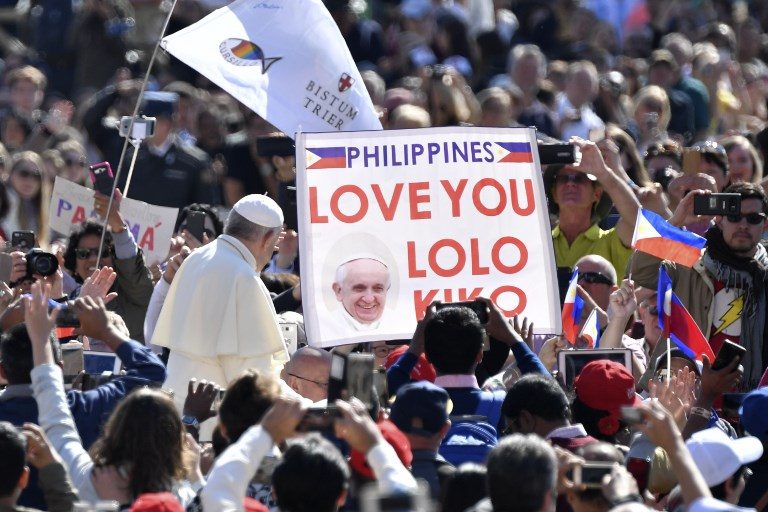 VATICAN CITY, Holy See – Pope Francis said Wednesday, May 16, he was “very worried” by escalating violence in the Middle East after 60 Gazans were shot dead by Israeli troops while protesting the US embassy’s move to Jerusalem.

“I am very worried about the escalation of tensions in the Holy Land and the Middle East, and about the spiral of violence which moves us ever further away from the path of peace, dialogue and negotiation,” he said during his weekly audience at the Vatican.

“I express my great sorrow for the dead and wounded and I am close through prayer and affection to all those who suffer,” he added.

Israel has come under mounting international pressure after its forces opened fire on the Gaza border on Monday, killing 60 protesters who had massed alongside the fence to protest as the US moved its embassy from Tel Aviv to Jerusalem.

At least 2,400 other Palestinians were wounded in what was the bloodiest day of the Israeli-Palestinian conflict since the 2014 Gaza war.

Francis has on several occasions expressed support for a two-state solution to the Israeli-Palestinian conflict, indirectly criticizing US President Donald Trump’s decision to recognize Israel’s claim to Jerusalem as its capital.

Jerusalem’s status is perhaps the thorniest issue of the decades-long conflict, with Israeli claiming the entire Holy City as its capital while the Palestinians want the eastern sector as capital of their future state.

Israel occupied the West Bank and east Jerusalem during the 1967 Six Day War, later annexing the eastern sector of the city in a move never recognized by the international community. – Rappler.com