WHO says ‘high risk’ Ebola will spread in DR Congo 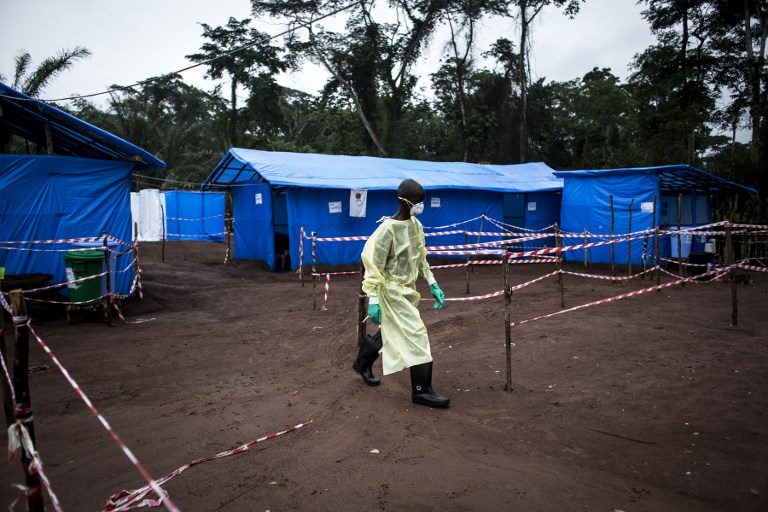 Facebook Twitter Copy URL
Copied
Ebola is lethal and highly contagious, which makes it difficult to contain – especially in urban environments where people are mobile and come into more contact with others

GENEVA, Switzerland – An Ebola outbreak in Democratic Republic of the Congo has a high risk of spreading internally, the World Health Organization warned Friday, May 18, ahead of a meeting on whether to declare it an event of international concern.

In a statement, the UN agency said WHO Director General Tedros Adhanom Ghebreyesus would convene an emergency committee to discuss the matter.

He is due to speak to the media later on Friday.

The fresh Ebola outbreak, publicly declared on May 8 with 23 deaths so far, was first reported in a rural part of Equateur Province in the vast country’s northwest but has now spread to the city of Mbandaka.

Mbandaka’s population has been variously estimated at between 700,000 and 1.2 million.

Peter Salama, in charge of emergency response at the WHO, has said the spread to a city complicated the fight against Ebola, which depends on identifying and isolating suspected cases.

The city is on the banks of the Congo River which connects to the capital Kinshasa, hundreds of kilometers to the south, and also to surrounding countries, increasing the risk of a national and regional outbreak, according to WHO officials.

Ebola is lethal and highly contagious, which makes it difficult to contain – especially in urban environments where people are mobile and come into more contact with others.

Lacking an arsenal of drugs to treat the virus, doctors isolate patients and trace people who have been in contact with them.

The WHO revised its assessment of the risk of spread of the epidemic to “very high” at the national level and “high” for neighboring countries.

Globally the risk of the outbreak spreading is classified as “low”.

The current outbreak involves the same strain of the virus that hit three West African countries in 2013-15 and sparked an international panic.

It went on to kill more than 11,300 people, in the deadliest ever Ebola epidemic.

The WHO was fiercely criticized over its handling of the 2013 outbreak and has pledged to improve emergency response.

There is no licensed drug to treat or prevent Ebola, although an experimental vaccine arrived in the DRC on Wednesday and has been cleared for use by the Kinshasa government. – Rappler.com