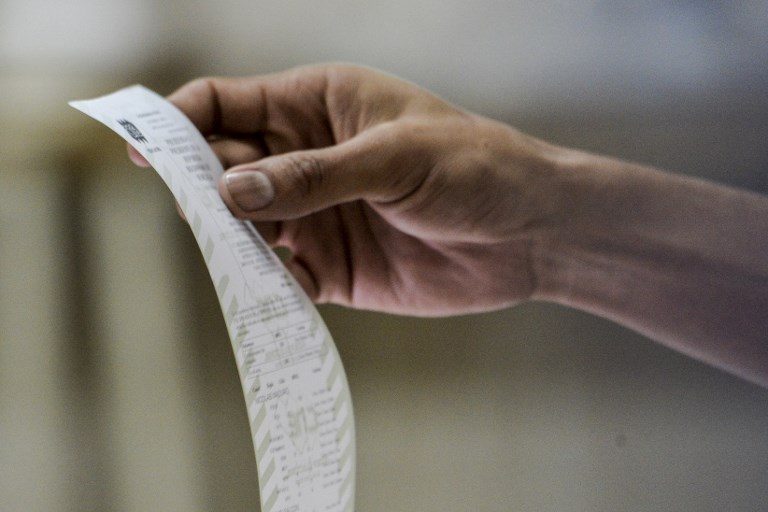 “We want the candidates who presented themselves to take a step forward and not recognize a result that is already cooked,” said Victor Marquez of Frente Amplio, one of the main opposition parties.

Voting was still underway in an unknown number of polling stations late Sunday, more than two hours after the 6:00 pm (2200 GMT) official close of polls.

The Frente Amplio claimed the government ordered several polling stations to remain open beyond the official closing time because the turnout at the time was “less than 30 percent”.

“The government intends to present figures that do not correspond to reality,” Marquez told a press conference.

Earlier, Falcon and Bertucci both denounced what they claimed were irregularities during polling, particularly the use of so-called “red points” – street stalls set up by the ruling Socialists near pollings stations – allegedly to offer handouts in exchange for votes.

According to the opposition, the socialists were asking holders of the “Carnet de la Patria” – a card allowing them to access social food handouts – to record that they had voted.

The opposition denounced the move as “blackmail.”

“We will surely have a result, but a result that was coerced, manipulated, forced,” Bertucci told a press conference.

“They are twisting voters’ arms to vote for a candidate they probably did not want to vote for,” he said.

The United States, European Union and several of Venezuela’s Latin American neighbors said they would not recognize the results of the election, saying the conditions did not exist for them to be free and fair. – Rappler.com